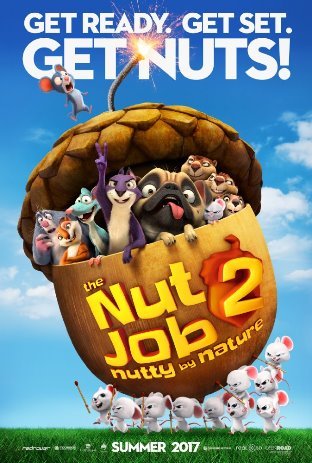 Even nuttier than the last time.
Advertisement:

The Nut Job 2: Nutty by Nature is the sequel to the computer-animated film The Nut Job. It was released in North America on August 11th, 2017 by Open Road Films.

After the Nut Shop explodes under mysterious circumstances, Surly and the rest of the animals are left facing a shortage as they struggle to find another supply of food. As they desperately look for more food to eat, the city's mayor intends on destroying Liberty Park so he can build an amusement park over it. With no other option, Surly and the other animals team up with a gang of mice led by Mr. Feng so they can fight the mayor's forces and save the park.

The Nut Job 2 provides examples of: