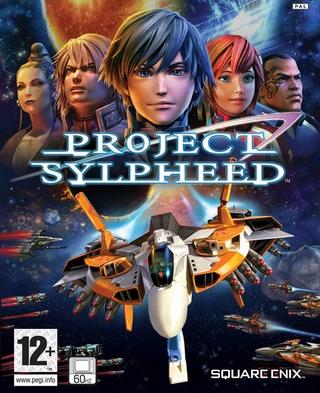 This is the least amount of dakka you can equip.
Advertisement:

Project Sylpheed is a space shooter developed jointly by Game Arts and SETA Corp, and published in 2007 by Square Enix exclusively for the Xbox 360 as part of their platform diversification program.

The game takes place in the 27th century. Earth, better known as Terra since their colonial expansion movement, has terraformed and colonized over a dozen systems across a vast reach of space. However, because of the distance between Terra and her colony worlds, their is a strong movement in the outer colonies towards independence from the Terra centralized government.

Tensions reach an all time high after the Acheron incident, during which Terra sterilized a rogue colony and disguised the event as a terraforming accident. This event caused several other colony worlds to band together in a coalition dedicated to securing their freedom from Terra (naming themselves ADAN, after the first letter of each member colony).

Players take on the role of Katana Faraway, a cadet training to be a pilot in the Terra Central Armed Forces. During a routine training exercise his flight wing is attacked by ADAN fighters, which inadvertently spoils the ADAN surprise attack on Schlos Base, the in-system defense platform of the colony world Lebendorf. The carrier Acropolis is deployed with Katana's fighter squad to fend off the encroaching ADAN forces.

Project Sylpheed suffered mixed reviews, with critics citing cliche characters and predictable combat as detriments, as well as the fact that there is a hidden time limit on missions and that the persistently hard to see targets took away from the dogfighting experience by forcing the player to rely on instruments. Alternately, people praised it for being an accurate representation of a space shooter, containing distinctive characters, voice actors, a deeper integration of gameplay and story, and an extremely colourful design ethic. While critically average, it did enough things right for enough people that it went platinum November 1st, 2007.

Please note that there is no project in which a "Sylpheed" appears in this game. Game Arts produced their own space shooter named Silpheed in 1989 for the PC, and the name remains as a reference to the company's earlier productions. The fighter you pilot in this game is called the Delta Saber.