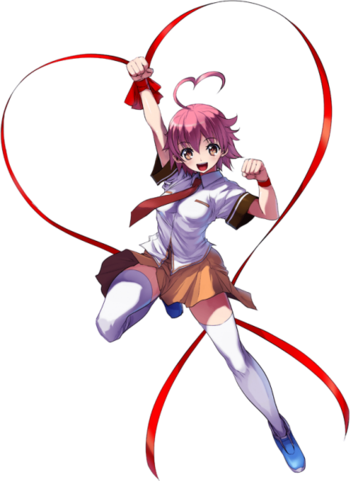 The protagonist of the series, Heart is a complete ditz and a loyal worshiper of The Power of Love. Her purpose is to be there to help her friends when they're down. In the process, however, she makes herself fair game to people who seem to desire her power (or her pureness) for something.
Advertisement:
Saki Tsuzura

Heart's aloof best friend, Saki went to England in order to study. While there, she befriended Fiona, whom she unfortunately lost during the separation of the Elemental World. In the process, her Arcana would wake in time to save her life, and ever since made a vow to protect her remaining friends, even if from afar.
Kamui Tokinomiya 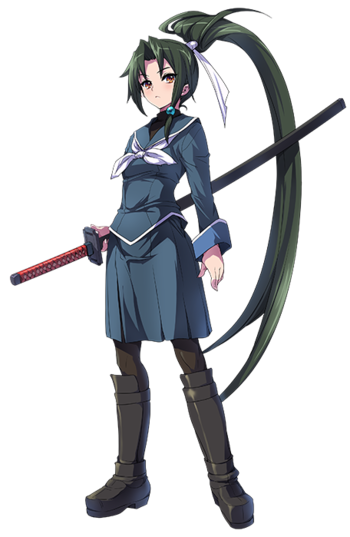 The "Millennium Guardian" who has awakened due to a crisis brought upon by Mildred. She investigates this matter with the help of the ninja girl Konoha by posing as Heart and Saki's sempai, only with ponytail and still carrying her katana Tamayorihime... as if that's not going to attract the gaze of many an inquisitive eye.
Konoha 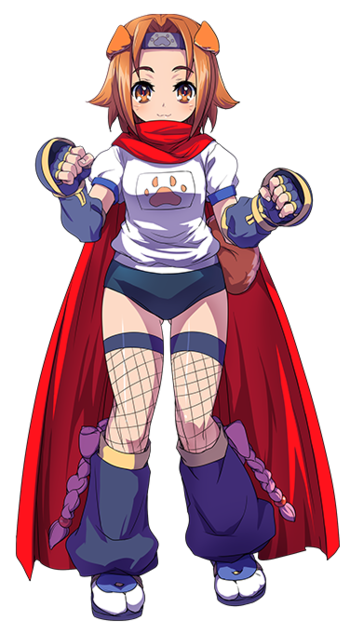 A dog girl who comes from the legendary Koinumaru ninja clan. She is often very happy, going into battles happily and settling them in a well-intentioned manner. Her route is more joking, however, and it's largely all Played for Laughs.
Maori Kasuga 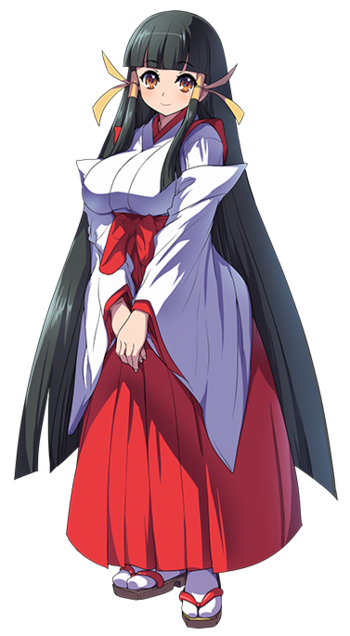 Second-born of four sisters specializing in exorcisms, called upon by the Japanese Ministry of Elemental Affairs to investigate Mildred's Evil Plan.
Mei-Fang 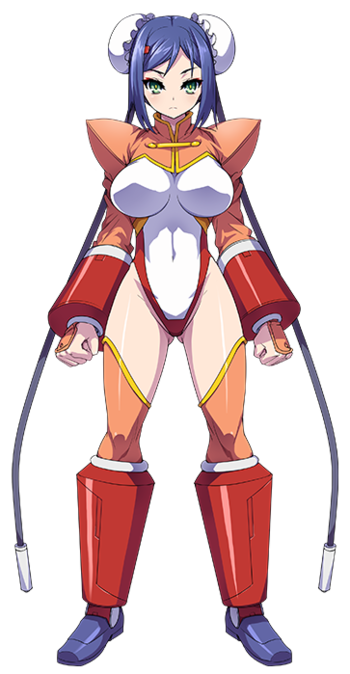 A Robot Girl in search of her master who was captured by Mildred. She is apparently friends with Kira, however insufferable she may be, and they often work together.
Advertisement:
Lilica Felchenrow 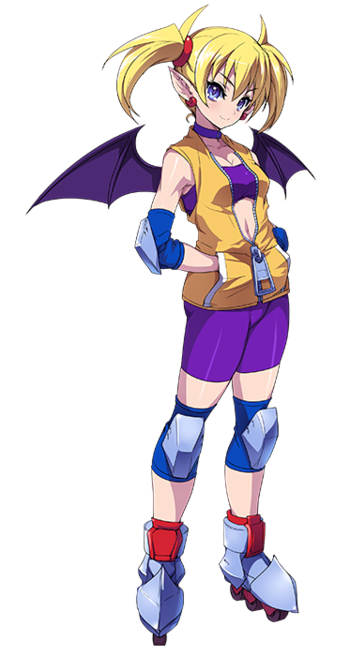 A half-demon who lives with her father. She usually goes about searching for fun, and shrugs off work. She was apparently offered some kind of "deal" from Mildred, which she (obviously) rejects.
Lieselotte Achenbach 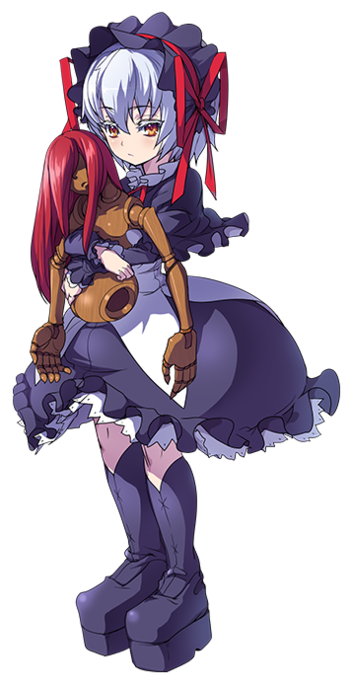 A girl who lost her family (unknowingly, by her own hands), and whose older sister Elfriede's body was placed on a puppet she carries around. She was hired by Mildred to capture Heart.
Yoriko Yasuzumi 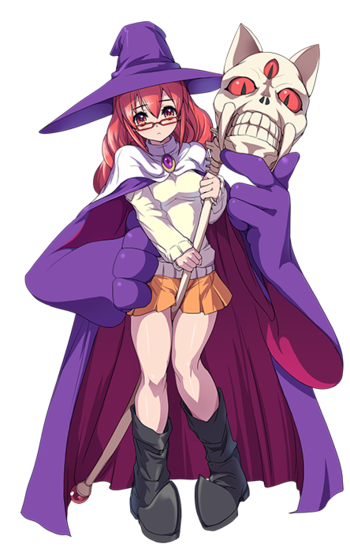 A young occult fangirl who summoned her staff, Mike, from a spell. Unfortunately, she cannot control him that well, and as a result, she often gets into fights due to his manners.
Kira Daidouji

A girl who got her PhD at the Improbable Age of eleven, Kira has large intentions... as in to Take Over the World. She fights Mildred with her trusty blob for getting in the way with that.
Fiona Mayfield 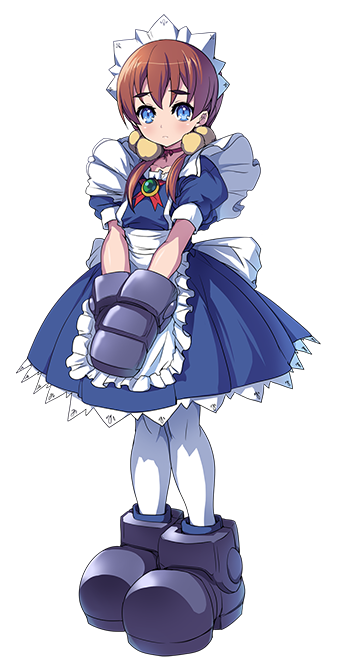 A British girl whom Saki befriend and was captured by Mildred in what was termed the "Mayfield Incident". She serves her mistress loyally, largely thinking of her as a friend. In any other route in 1, she is the penultimate opponent.
Advertisement:
Mildred Avallone 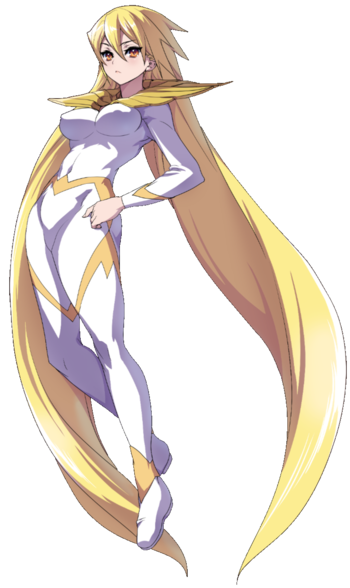 A woman with an ambition of merging the human and elemental worlds and gain godly powers. She is fought at the end of any route, and, unsurprisingly, is the hardest character to beat in the whole game, given that she has many unblockable attacks.
Mei Ling Hua

The professor who built Mei-Fang. While not a playable character, she does have a presence in each game. 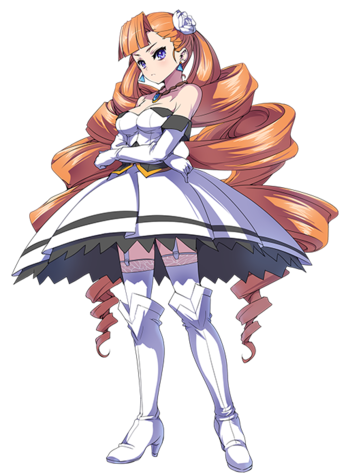 Daughter of the influential Lagerkvist family. On the second Elemental World incident triggered by Angelia, she travels to Kanto to investigate, assisted by nuns Elsa and Clarice in her endeavors.
Zenia Valov 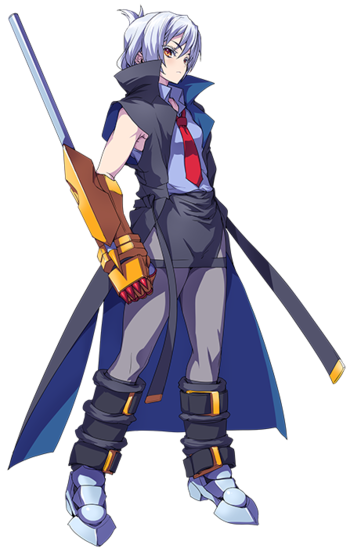 Amnesiac, no-nonsense Russian Special Forces agent sent to investigate Angelia's rampage in Kanto, and ends up clashing with Kamui. Beneath her tough exterior is a Friend to All Children who is somewhat fond of plushies.
Elsa La Conti 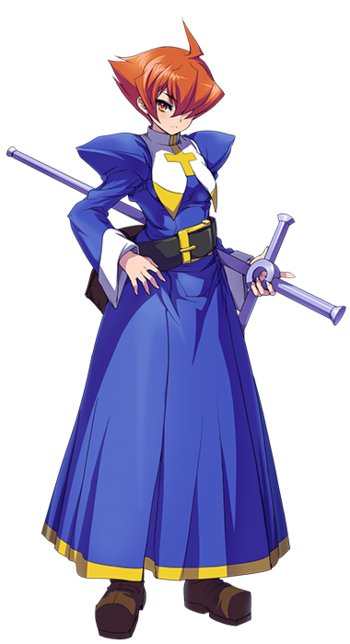 A nun who assists Petra during the second Elemental World incident. She joined the Western Europe Spirit Sector after losing her family to a demon attack. She is very straight forward and sometimes too strict on herself.
Clarice di Lanza 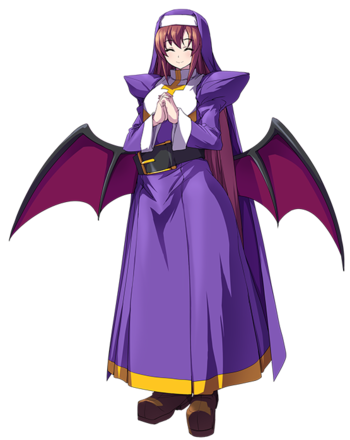 A nun who assists Petra during the second Elemental World incident. She used to be a noblewoman in the elemental world, but boredom drove her to switch allegiances, and later became an agent of the Western Europe Spirit Sector after a rough encounter with Elsa.
Catherine Kyoubashi

A Japanese-American who fights with a huge robot of her own design named Terry Yodogawa. Despite her comical appearance, she is a genius prodigy who enrolled in MIT's College of Spirit Research at the age of ten. Arcana is Median, the Arcana of Magnetism.
Dorothy Albright

An American magus who works in Las Vegas as stage magician "Dorothy the Wizard". She has a strong sense of justice and helps the American Spirit Department whenever she can.
Angelia Avallone 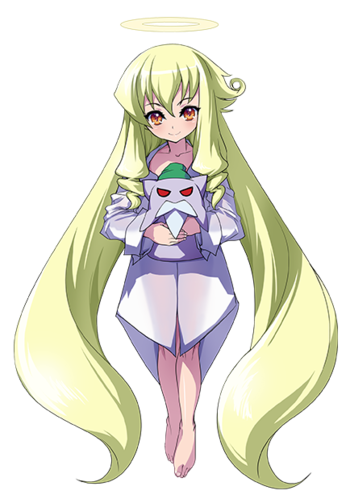 Part of the Inuwakamaru clan that guards Kamui, which puts her as rivals with Konoha. Nazuna is the younger, and more responsible sister. She fights using her three sacred weapons Tsumiko (cane), Fusumi (crow), and Hayata (wolf).
Akane Inuwaka 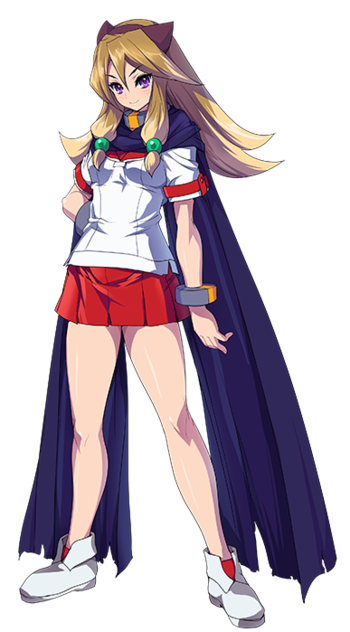 Nazuna's older, laidback sister. Despite her easygoing disposition, she's pretty competent at her job as a member of the Inuwakamaru clan.
Parace L'Sia 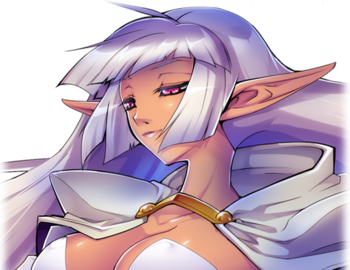 An elven girl, the Arcana of Life, and the main antagonist of Suggoi! Arcana Heart 2. She was once human, a Swiss alchemist during the Renaissance. When she died, her soul went to the Arcana world, where she became the Arcana of Life. She refers to herself as the "Millennium Keeper", similar to how Kamui is called the "Millennium Guardian", and in fact has battled with Kamui several times in the past.

An agent of "Valkyria", a branch of the Drexler Institute. She is fortunately saved by Petra and now works as her agent. She's out to save her fellow "Valkyria" agent Scharlachrot.
Eko 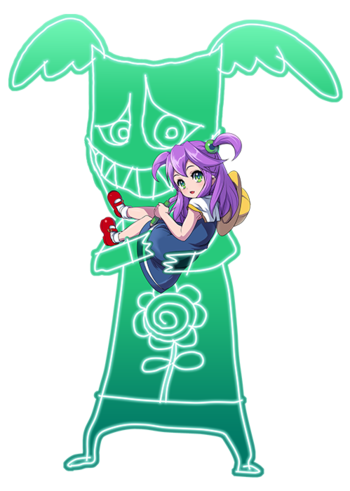 A girl with the power to bring life to her drawings, creating in the process her fighting twin Kazu.
Scharlachrot 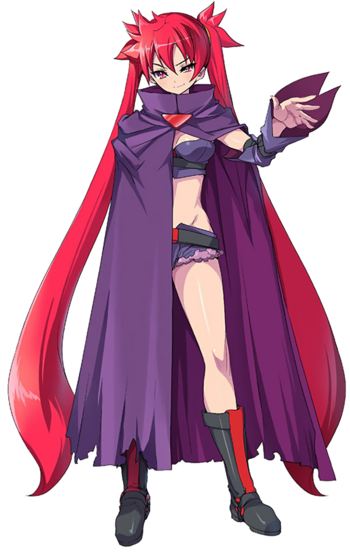 A girl raised by the Drexler Institute alongside Weiß. Unlike the latter, however, she remains under Drexler's thrall, and has been released in order to hunt down Weiß.
Ragnarok

An artificial Arcana built by the Drexler Institute to destroy Japan. It's activated when the Celestial Stones fought over in the story modes are used to give it power. Directly attacking it does no damage, instead it is defeated by breaking the Celestial Stones.
Minori Amanohara 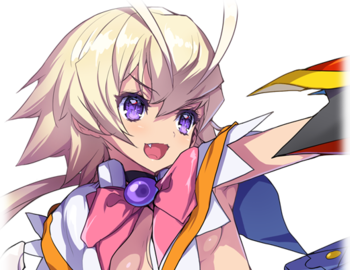 Introduced in Arcana Heart 3: LOVE MAX SIX STARS!!!!!!, Minori is a wannabe heroine. After feelings of frustration arose in herself as the Misono Academy girls are off protecting the world in secret, she decided to take up the mantle for herself. In her mind, if she has power of her own, there isn't any reason why she can't enter the fray.
Pistrix 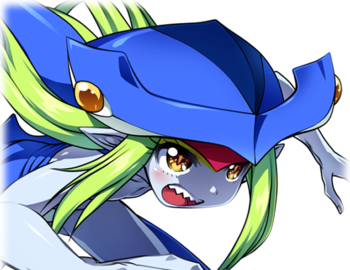 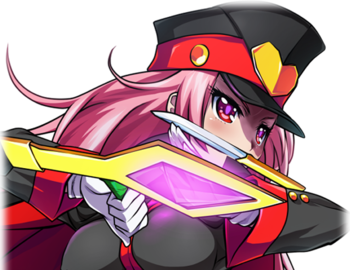 Introduced in Arcana Heart 3: LOVEMAX SIXSTARS!!!!!! XTEND, Dark Heart is a mysterious soldier with some ties to the Drexler Institute, who carries a blade that allows her call upon parallel versions of herself. She also seems to have some kind of beef with Heart Aino...