The main villainous force that the protagonists have to deal with are lead by the enigmatic figure known as Salem. Possessing the power to control the Grimm, Salem also has human and Faunus followers that support her cause and enact her will. Salem is the mastermind behind the assault on Vale, which was successfully carried out by Cinder Fall and aided by Cinder's own subordinates.

Salem has several subordinates who carry out her will around the world. All have very different personalities, motivations and skillsets... and, while they all share the goal of furthering their leader's plans, that doesn't mean they always get along with each other. 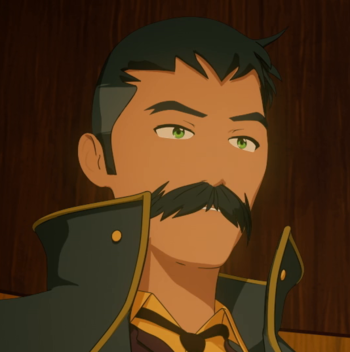 "My apologies, ma'am. I'm not particularly fond of failure."

"I'm still just so fascinated by this creature. Cinder, dear? Are we coming through? Can you see us clearly? Well, as clearly as you can!"

One of Salem's associates. A disgraced doctor and scientist from Atlas, he is skilled at hacking, coding and cybernetics.

During fights, he relies on a revolver and a Hard Light shield. 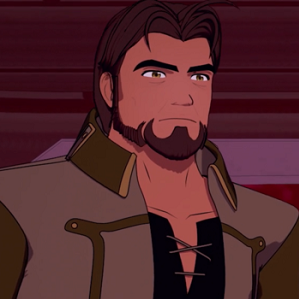 "Nobody needed to die today."
Click here for his appearance during the Atlas Arc 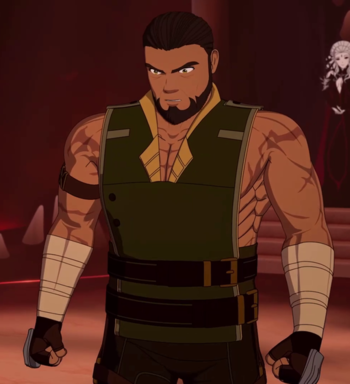 "He didn't tell you my tale, did he, boy? I thought you looked familiar, to think that evil was inside you when our paths first crossed. Your blood won't be on my hands, it'll be on his."

One of Salem's associates, and is someone who shares history with Ozpin. He is tasked with meeting the White Fang and ensuring that they correctly perform the role Salem has assigned them.

Hazel typically fights bare-handed or by augmenting himself with Dust, aided by his Semblance "Numbing Agent" which allows him to block out pain. 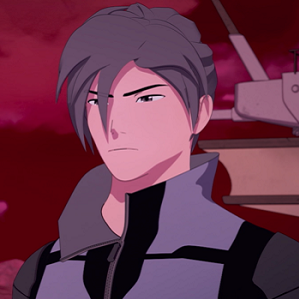 "We're the guys you should be afraid of."
Click here for his appearance during the Atlas Arc 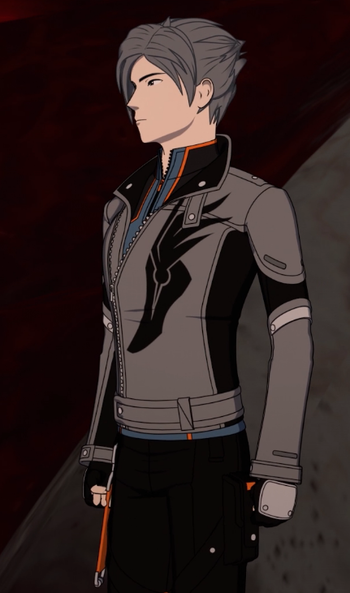 One of two subordinates to Cinder introduced in the Volume 1 stinger. Mercury is a laid-back man who frequently engages in friendly bickering with his partner Emerald. He fights primarily with his modified greaves named Talaria and has absolute confidence in his combat ability. 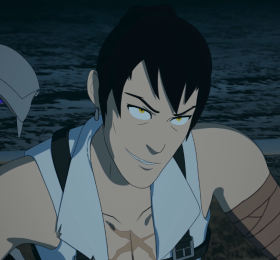 "My heart and body belong only to our goddess!"

"If you're not loving what you're doing, then you're in the wrong field."

Tyrian wields The Queen's Servants, a pair of wrist gauntlets adorned with a pair of machine guns and razor-sharp blades. His Semblance allows him to corrode Aura and bypass it to attack a foe directly.

Initially recruited to help her carry out Salem's plans for Beacon Academy, Cinder continues to find uses for them even after they leave the Kingdom of Vale. 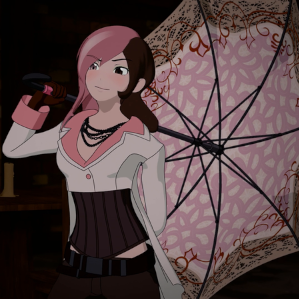 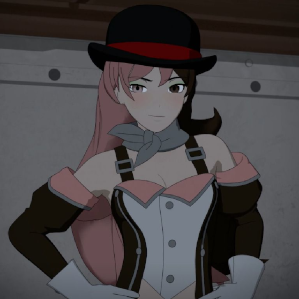 Neopolitan, born Trivia Vanille, is a petite young woman who accompanies Roman Torchwick, protecting and aiding both his and Cinder's criminal activities. Though Neo cannot speak, she's very expressive with her body language and Semblance.

She fights with a parasol named Hush that contains a retractable blade and a concealed rapier. Using her Semblance "Overactive Imagination", she can generate illusions that can shatter like glass when disrupted. 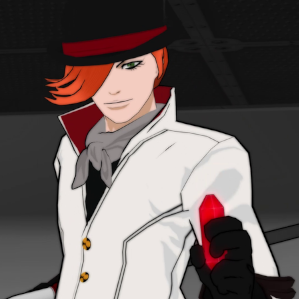 A crime lord based in Vale who works with the White Fang and spends months stealing the kingdom's Dust supplies when he encounters Ruby Rose in a Dust shop he's robbing.

Roman's weapon, Melodic Cudgel, appears to be an ordinary walking stick, but when activated it raises a crosshair and fires an unstable explosive round resembling a roman candle. He hasn't unlocked his Semblance. 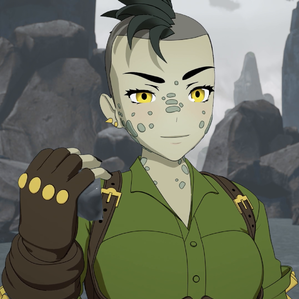 "And these... are the last sixty seconds of your life."

A crocodile Faunus that served Salem in the past, tasked with hunting down the Grimm Reaper. Tock fought with two sabres and her Semblance, which makes her Aura nearly indestructible for sixty seconds but immediately depletes her reserves after the timer runs out.

Debut: Grimm Campaign* An online RPG aired in show format that sits within the show's canon 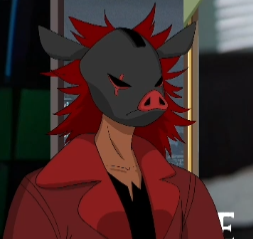 A man in an intimidating Animal mask, that suddenly appeared in Kuchinashi and overthrew the leader of the Hana Guild. Under his leadership, the organization began to focus on weapons and gathering artifacts.

He is the primary antagonist of The Grimm Campaign, which takes place prior to the main series.

After failing to retrieve Ruby Rose for Salem, Tyrian has to break the bad news. Salem, who knows Tyrian is fanatically devoted to pleasing her, only needs to express her disappointment to punish him, resulting in him crumbling into a dangerously maniacal form of despair.

After failing to retrieve Ruby Rose for Salem, Tyrian has to break the bad news. Salem, who knows Tyrian is fanatically devoted to pleasing her, only needs to express her disappointment to punish him, resulting in him crumbling into a dangerously maniacal form of despair.