Brave Vesperia is the Guild formed by Karol, Yuri, and Judith at the start of the second act of the game, after Karol was kicked out of the Hunting Blades and Yuri decided that a Guild suits him. The name comes from Estelle who takes it from the brightest star in the sky, of which there is a legend of a brother and sister who saved the world from a great cataclysm. Though the rest aren't officially part of the Guild (Flynn in particular is part of the Imperial Knights still) their close association with them has them considered part of the Guild by others. Despite appearances, it's not Yuri who's the Guild Leader but Karol. 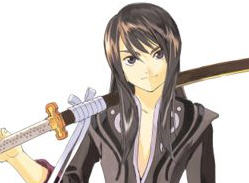 Yuri is a commoner born in the lower quarter of Zaphias. Initially seeking to recover the lower quarter's stolen Aque Blastia, he is swept up in an adventure that will take him far beyond the Empire's borders. Although he is quite close to Flynn, they frequently clash over their conflicting world views, and have a friendly rivalry. 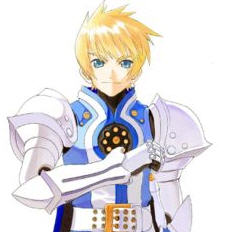 Flynn is Yuri's childhood friend who Yuri states that he "could never beat at anything", and a rising star in the Imperial Knights. He begins the story on a knightly pilgrimage unaware of the dangers he's in, which spurs Estelle and Yuri to try to find him, and he officially represents the Empire across the world as he investigates the various conspiracies piling up around him. Though he and Yuri are close, their contrasting world views can bring them into conflict. 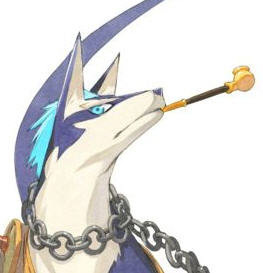 Yuri (and Flynn)'s dog. Mainly a supporting character not directly involved in the plot, but serves as Yuri's loyal companion and moral support. The pipe in his mouth is a memento from his previous master. 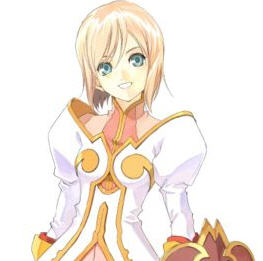 A cheery but exceedingly naive noblewoman who's spent her entire life locked up in Zaphias's castle reading books and dreaming of adventure. Yuri finds Estelle while escaping from the castle dungeon. One escape sequence and an attack by a Psycho for Hire later, and the two are running off on a quest to find Flynn. Over the course of the journey, Yuri and Brave Vesperia help Estelle discover who she really is. 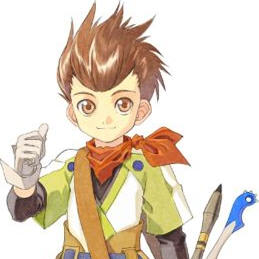 A Kid Samurai that Yuri and Estelle find wandering through the forest, he proves to be more well-traveled than either of them, showing himself knowledgeable on many topics ranging from the monsters that infest the world to the inner workings and politics of the guilds. He boasts that he is a member of the Hunting Blades, a guild that exterminates monsters, but is actually a veteran of many different guilds. He looks up to Yuri as a Big Brother Mentor and steadily takes many levels in badass throughout their journey. 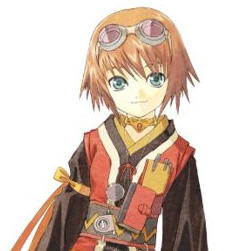 A talented, feisty mage from Aspio. Yuri at first believes she stole the blastia from the lower district, but it just turns out the thief was using her last name to come across as "legitimate". She joins the companions to continue her blastia research, and fights with a scroll and magic. 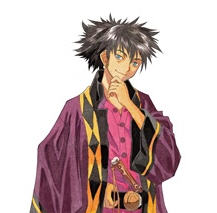 A 'Fishy Old Man', Raven is the right-hand man of Don Whitehorse, leader of the Five Master Guilds. Yuri initially encounters Raven in a jail cell next to his. Here, Raven gives Yuri the key to his cell so he can escape. The party later encounters him in Capua Nor, where he tricks them into going the opposite way towards Ragou (it works out in the end). He eventually joins up with the party properly in order to help out the kids he's grown fond of, as well as keep an eye on them for Altosk's sake. 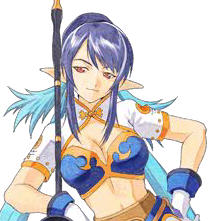 A Krityan aerial specialist that fights with a Blade on a Stick and wears very little clothing. Judith actually first appears as an armored dragon rider who sporadically appears before the party and destroys blastia, to Rita's fury. Circumstances force her to abandon the armor and dragon when Yuri goes to assault Barbos, and Yuri and company join forces with her (though she keeps her identity as the "dragon freak" a secret from everyone except Yuri). Though seemingly whimsical and carefree, Judith ends up knowing much more than she initially lets on and becomes a valued member of Brave Vesperia. 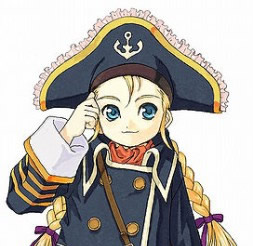 A new character for the Playstation 3 Updated Re-release and Definitive Edition. Was originally planned to be in the Xbox 360 version, but was scrapped. Patty is a little girl with dreams of sailing the seas and currently on a quest to find the "Maris Stella," a legendary treasure of the Great Pirate Aifread. She talks like an old lady and claims to be the granddaughter of Aifread, though she doesn't know for sure due to having amnesia.

She fights with an unusual Stance System, switching between different forms while using her knives and Handguns. Her artes are almost exclusively luck based.