The Empire is one of two functioning bodies of power in the world of Terca Lumeries, although as a whole, it considers itself as the only true power in the world despite the Guild Union's thoughts. The power within The Empire is split among three different branches, the Council, which acts as a parliamentary house made up of the nobility; the Knights, which act as the law enforcement body and the Throne. During the Great War ten years before the start of the game, the previous emperor died and for some reason, no new emperor has ascended to the throne, instead, leaving two Imperial Candidates, Ioder Algios Heurassien and Estellise Sidos Heurassien. 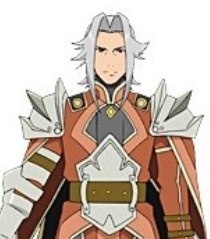 The Commandant of the Imperial Knights. He leads the Royal Guard and acts as one of the main leaders of the Empire on a whole. 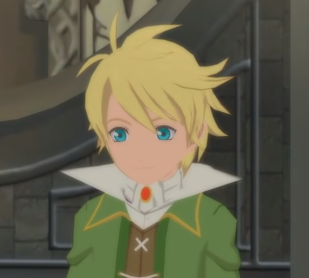 Estelle's distant cousin, and another member of the Imperial Family. He too was drawn into the succession crisis as a potential Imperial Candidate. He spends most of his time traveling and meeting with Guild leaders to improve the relationship between the Guilds and Empire. 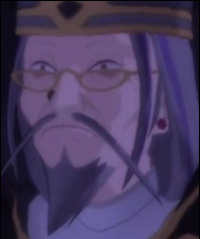 "It's the privilege of my exalted station to dispel such boredom with the...help of the common people."

An Imperial Council member tasked with governing the port town of Nor Harbor. He is corrupt and depraved; feeding his own people to his pet monsters if they cannot pay his obscenely high taxes. He openly despises Flynn for being a commoner and does his best to make his life difficult. 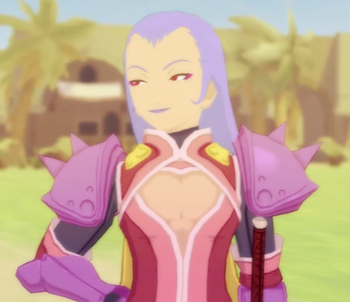 An Imperial Knight Captain of noble birth. Like Ragou, he also openly despises the commonly-born, especially those who have made a name for themselves in the Knights: namely, Flynn, Schwann, and Alexei. He is the appointed governor of Mantaic, a desert town, and has been tasked by a mysterious benefactor to find the creature Phaeroh. 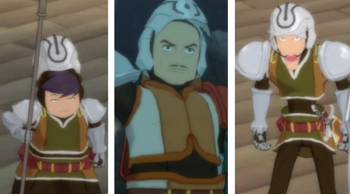 Boccos, Leblanc, and Adecor
A trio of bumbling knights serving under the perpetually-absent Captain Schwann. They are dedicated to the pursuit of justice, and are determined to get the fugitive Yuri back behind bars.
Sodia
Voiced by: Miki Nagasawa (JP), Kate Higgins (EN) 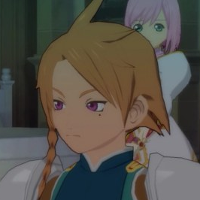 A young female knight, who serves as vice-captain of the Flynn Brigade. She firmly believes in adhering to the rule of law and will not abide anyone who doesn't. This puts her at odds with Yuri despite Flynn's best efforts to help.

A young mage, who serves in the Flynn Brigade along with Sodia. Witcher also knows Rita, with whom he has a one-sided rivalry. 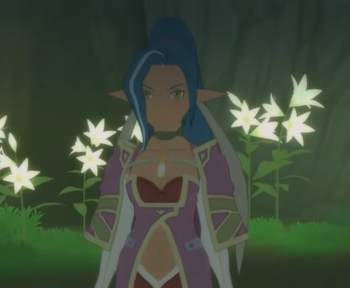 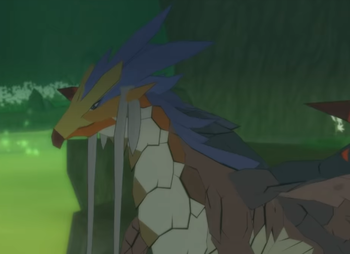 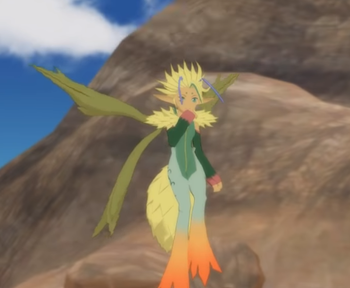 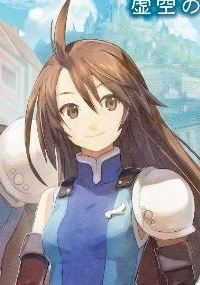 A knight who plays an important role in Raven's backstory. She died during the Great War. 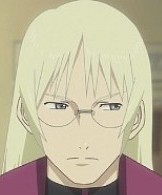 Introduced in Tales of Vesperia: The First Strike, he is the strategist of the Niren Corps and a close friend of Niren Fedrok. 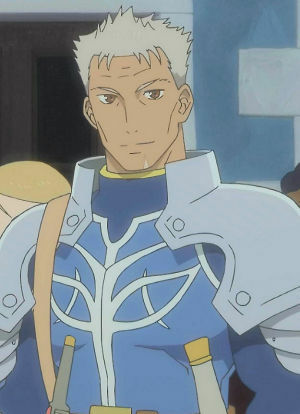 The commanding officer of the Niren Corps that plays a pivotal role in Yuri dropping out of the knights. 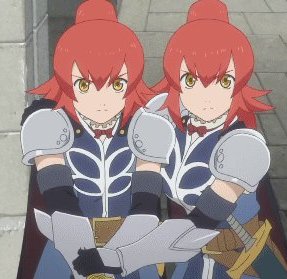 Two twins who were senior knights to Yuri and Flynn during their time as Niren Corps knights in Shizontania.