Characters / Despicable Me The Gru Family

Unmarked spoilers up to Despicable Me 2 and Minions.

A family of strange, but tight-knit characters. 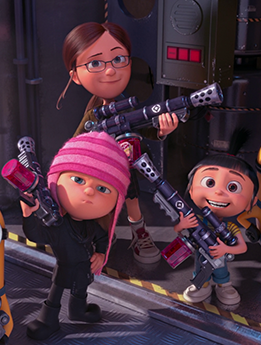 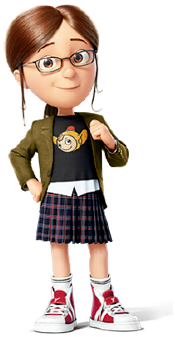 Oldest, cynical, somewhat bossy, yet the coolest of the three girls Gru adopts. She acts as a guardian to her younger sisters, and as such is slow to trust anyone. She was the most suspicious of Gru when encountering him for the first time, so she took a liking to everything of Gru's possessions the least.

Edith Gru
"When we got adopted by a bald guy, I thought this would be more like Annie." 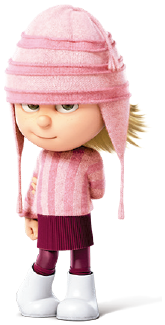 Middle, sarcastic, curious, and the tomboy of the three girls Gru adopts. Somewhat disagreeable, though she was the first to take a liking to Gru's weapons, Minions and talent as both father and villain. She likes to scare her siblings, but is easily irritated when Agnes sings.

Youngest, tender, and joyful of the three girls Gru adopts. She's an oddball who loves unicorns and anything that's fluffy, a lot. Also, the first to take a liking to Gru and Kyle, his "pet dog", the most, rather than seeing them with suspicion. 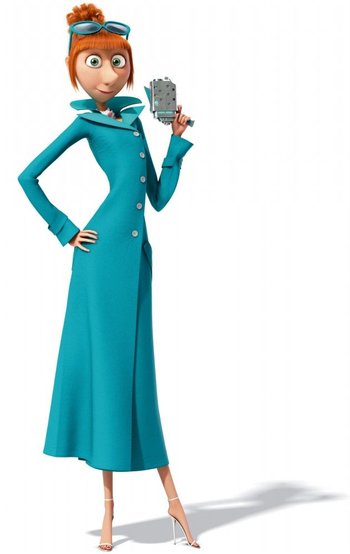 Lucy Wilde is a cunning secret agent who has teamed up with Gru in Despicable Me 2 to hunt down an extremely dangerous super-villain. She loves one-upping Gru with her quirky gadgets and has perfected her own form of martial arts by combining jujitsu, krav maga, Aztec warfare and krumping.

Marlena Gru
"I just wanted to congratulate you on stealing the pyramid. That was you, wasn't it? Or was it a villain who's actually successful?" 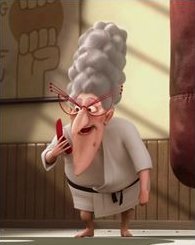 Gru and Dru's mother and Robert's ex-wife. She is the main reason why Gru decided to steal the moon, so he can finally impress her.

Dru Gru
"Brother...teach me the art of villainy!" 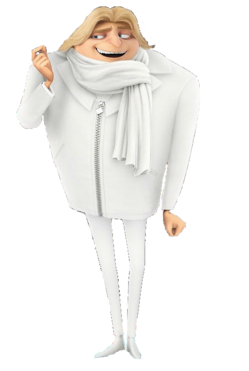 Dru is Gru's long-lost identical twin brother. The two brothers look exactly alike, but with the following differences: Dru has a full head of blond hair, wears all-white clothing, and presents a good-humored and sociable personality. He lives in the small country of Freedonia and works as a pig farmer. He wants to start taking part in his family's tradition of villainy, and persuades Gru to participate in a heist with him. Dru is in the film Despicable Me 3. 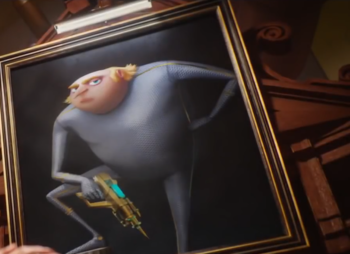 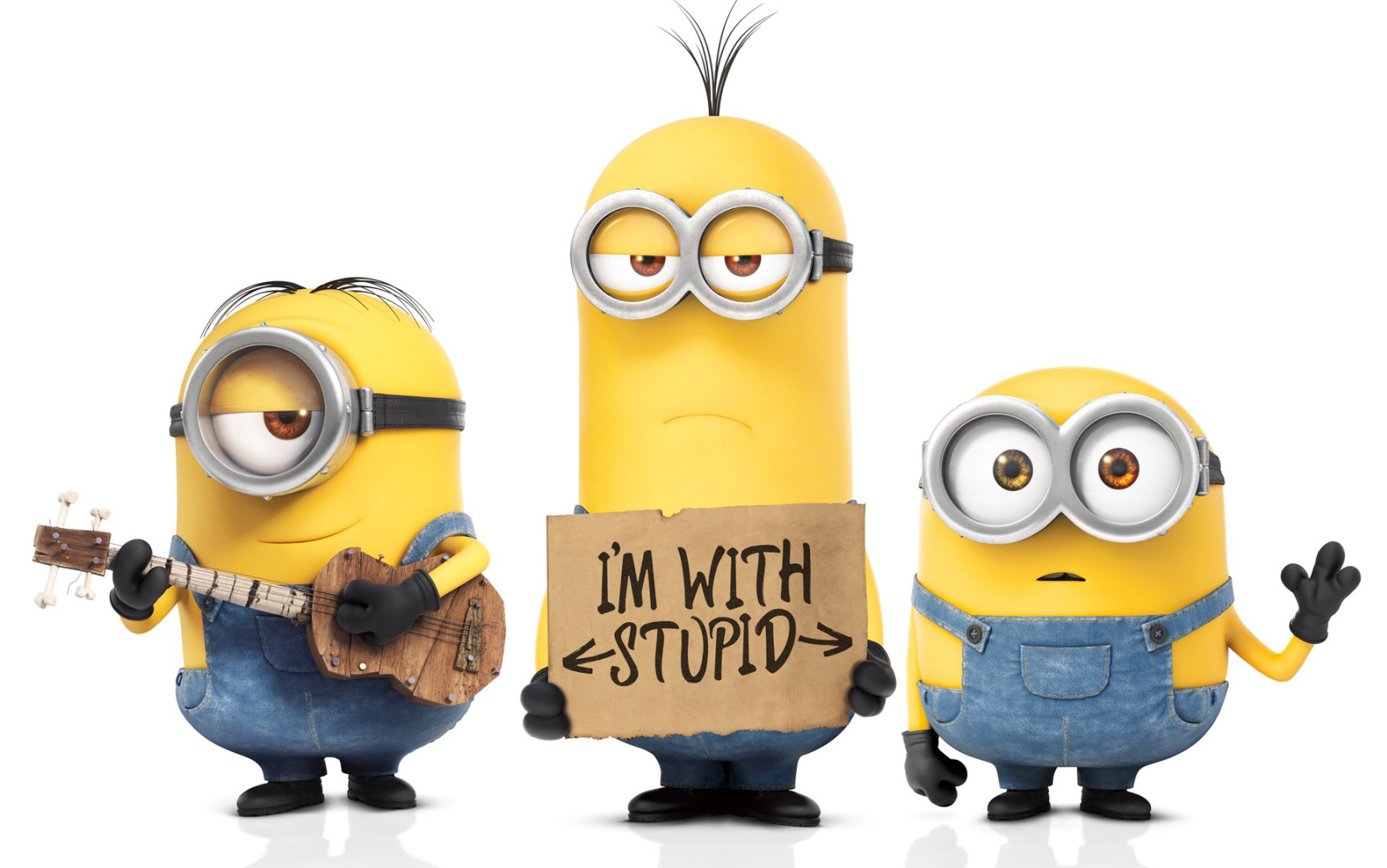 An army of small, yellow, cute, loyal, and childish begoggled humanoids in overalls who do the grunt work for Gru. When meeting the girls for the first time, they immediately form a big-hearted relationship with them. They're often classified as the scene-stealers of the film because of their remarkable humor. They adore their boss, who surprisingly enough returns the affection. This doesn't mean they're all that effective sometimes...

Dr. Joseph Albert Nefario
"In my eyes, you will always be one of the greats." 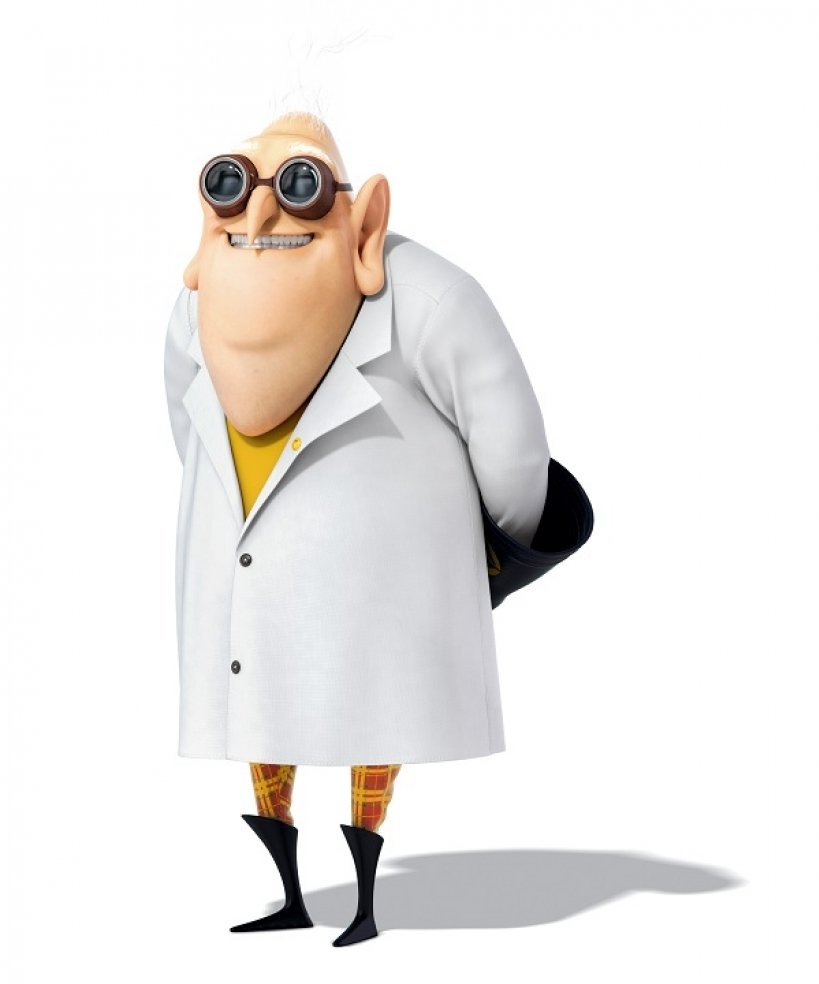 Gru's hearing-impaired gadget man and Mad Scientist friend, builder of the devices he uses in his schemes. 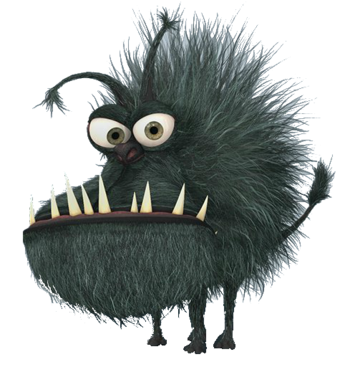 Gru's pet that looks like... nothing at all, actually.