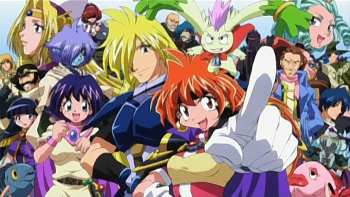 and Funimation, and after the merger, Crunchyroll, (though they can't stream these outside the US), in both English audio and subtitles. They are currently available on DVD. Tokyopop's English translations of the first eight novels are out of print, but still relatively easy to find used. In July 2020, J-Novel Club announced their intentions to localize all the novels from the beginning, including the ones Tokyopop didn't touch.

Main media in the franchise include: