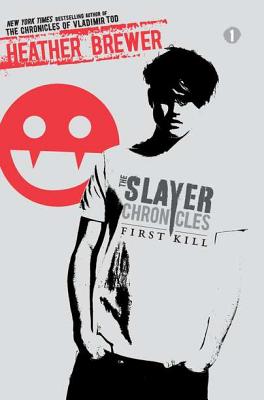 Life is killer on the other side of the stake.
The Slayer Chronicles is a Spinoff of The Chronicles of Vladimir Tod. The Slayer Chronicle run parallel to the events in the Vladimir Tod books. This series revolves around Joss McMillan, a vampire slayer introduced in 9th Grade Slays. Despite the name, it's not related to the Buffy the Vampire Slayer franchise.
Advertisement:

There are three books in the series:

The Slayer Chronicles contains examples of: