Literature / The Chronicles of Vladimir Tod 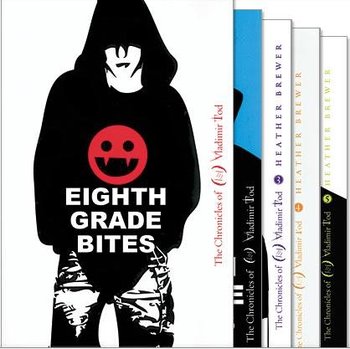 The Chronicles of Vladimir Tod is a five-book series by Zac Brewer. It is centralized around Vladimir Tod, a teenaged half vampire who was orphaned three years prior to the first book. A spinoff series The Slayer Chronicles came out September 20, 2011.

In 2013, the graphic novel version of Eight Grade Bites was released.