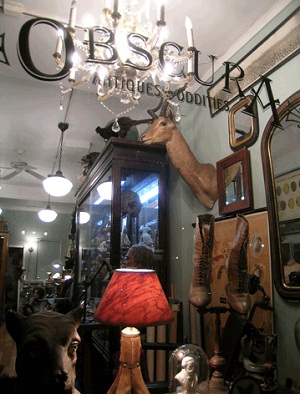 Oddities is a show produced by the Discovery Channel about the owners, clientele and merchandise of Obscura: Antiques and Oddities in Manhattan. Owners Mike Zohn and Evan Michelson with buyer Ryan Matthew have turned their interest in old scientific instruments, taxidermy, circuses and sideshows, Victoriana, skeletons and innumerable other strange and peculiar things into a thriving, if unusual business. Episodes often center around the pursuit of an item a collector may want and often includes visits from the colorful, interesting, unusual, possibly insane people that wander into the store.

This show exhibits the following tropes: