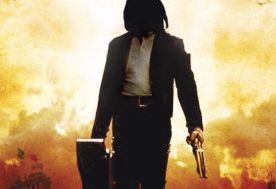 This trope involves a character or characters carrying out an infiltration by disguising themselves as an entertainer - often something along the lines of Wandering Minstrel in any historical/historical fantasy setting.

The benefit of the guise is that entertainers are a category of strangers likely to be welcomed by otherwise suspicious people. Unlike Dressing as the Enemy, which can be readily exposed, even if Faceless Mooks applies, an entertainer usually doesn't need to prepare any kind of elaborate cover story/back story. Having the right skills helps, but there's a lot of skills that could work with an entertainer disguise. And if you don't have any appropriate skills, well, that just explains why you're traveling around looking for work.

Compare with Delivery Guy Infiltration, which similarly involves disguise aimed at making a character Beneath Notice. Also compare with Dirty Harriet, with which it sometimes overlaps (prostitution could be considered a type of performance). When actions, rather than people, are passed off as a performance see Film Felons or It's for a Book.

Characters using a Performer Guise often (but aren't required to) use an Instrument of Murder; if not, Senseless Violins may come into play.