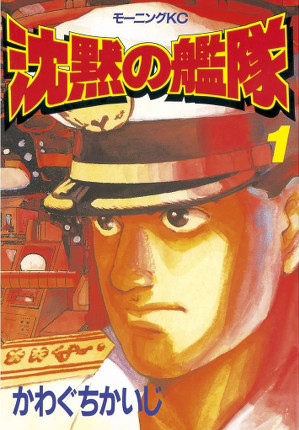 A secret joint programme between the United States Navy and Japan's Self-Defense Forces leads to the development of Japan's first nuclear submarine Sea Bat, but things go wrong on its maiden voyage when its captain, Kaieda Shirou goes rogue and declares the submarine a sovereign nation, Yamato. Hot Sub-on-Sub Action ensues as the rogue crew attempts to evade the U.S. Navy's efforts to recapture or destroy them.

The manga, created by Kaiji Kawaguchi, who's also known for Zipang and A Spirit of the Sun, was published in the Weekly Morning (Shūkan Mōningu) Seinen manga anthology magazine in 1988, and concluded in 1996 with 32 volumes published. Three long Original Video Animation adaptations were released in 1996 - 1998. During its serialization the manga had generated considerable attention and controversy in Japan. Its provocative stance questioned Japan's security relations with the United States. Politicians on both sides of the spectrum commented on the manga in newspapers and Diet sessions. Although often seen as a right wing tract, The Silent Service is actually a combination of rightist (standing up against the U.S.) and leftist (Yamato as a vanguard for nuclear disarmament and world government) views.

The Silent Service contains examples of the following tropes: