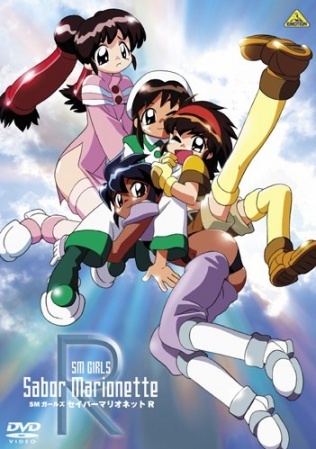 Saber Marionette R is a three-episodes OVA from 1995, adapted from an audio drama of the same year.

Taking place 500 years after the events of Saber Marionette J, R follows Virrey Junior, prince of the land of Romana, and his three marionettes: Lime, Cherry and Bloodberry. All four are enjoying their peaceful life in Romana, when Junior's older brother Star-Face and his marionettes The Sexadolls attack Romana so he can take over the throne. Junior, Lime, Cherry and Bloodberry decide to stop him and save the old king, while Star-Face sends his Sexadolls to find Junior and kill him.