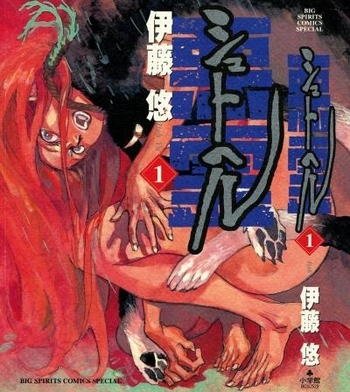 Shut Hell (also known as Shutoheru) is a historical fantasy Seinen manga by Itoh Yu, which ran from 2008 to 2017.

The story opens in present-day Japan, where a boy called Sudou is plagued with vivid recurring dreams of a battle in which a young woman and her comrades defend their doomed fortress. While meeting friends, Sudou is approached by Suzuki, an apparently shy and quiet schoolgirl who has sought him out for some reason. Sudou's family made musical instruments, and when Suzuki visits his apartment she feels compelled to play one he made. As she plays, Sudou is mystically transported to a faraway land, where he awakes to find he is now in the body of a woman nicknamed "Shut Hell", after the Mongolian word for "demon". In the place of Suzuki is Yurul, a young Mongol prince who has come to rescue Shut Hell, from the gallows.

From there, Sudou is treated to an explanation of what led to this.

It is the beginning of the 13th century, in what is now North-western China. Genghis Khan has united the Mongol clans, and sent his forces to attack the territory of Western Xia

(here called the Tangut Empire). Sudou learns that the dreams he had been having were of Shut Hell's memories: Once a simple Tangut soldier nicknamed "Little Sparrow", she was the sole survivor of a fortress massacred by forces led by Yurul's brother Harabal. Though she came close to death several times, she found in herself a supernatural strength. Driven by vengeance, she became feared by the Mongols as "the Evil One" for how she mercilessly and brutally slaughtered them.

On the other side of things, Yurul fled his tribe in an attempt to preserve a vital collection of jade tablets containing Tangut writings, known as the 'Voice of Jade'. Knowing that Harabal will follow him and give her a chance to kill him, Shut Hell accompanies Yurul as he flees, and the two establish a strange connection.