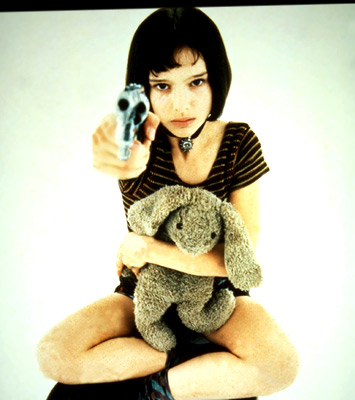 Pre-teen Natalie Portman is about to shoot you.

The character may be quite cute and is often smart enough to use that to her advantage, quickly manipulating anyone stupid enough to fall for her act. Her actual personality will usually be very clever and cynical, though. She may also be more innocent or good-natured, but no less charming so that she generally gets her way. Often extends to what she is wearing, if she cares at all.