Literature / The Wolves of Willoughby Chase 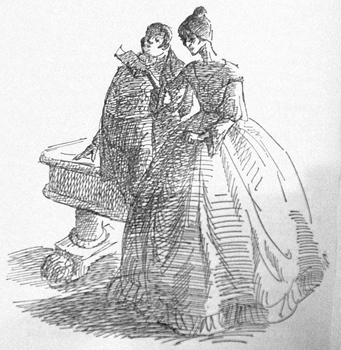 Even the wolves are not as cruel as Slighcarp and Grimshaw
The action of this book takes place in a period of English history that never happened - shortly after the accession to the throne of Good King James III in 1832. At this time, the Channel Tunnel from Dover to Calais having been recently completed, a great many wolves, driven by severe winters, had migrated through the tunnel from Europe and Russia to The British Isles.
—Joan Aiken

The first written in a series of eccentric gothic adventure stories for children by Joan Aiken. The series is generally referred to by the same name (that or the 'Wolves Chronicles').

The twelve books feature a changing line-up of main protagonists, the most frequently recurring being cockney urchin action girl, Dido Twite, who have adventures in an alternate history of the nineteenth century. Often the villains are Hanovarian conspirators, desperate to replace the incumbent James III with George Of Hanover. Other common threads are the motif of the wolves, the presence of awful nineteenth-century working conditions and a certain English barminess about the plots.

The books are part parody of, and part homage to, Victorian literature. They are a little like a prototype A Series of Unfortunate Events and in turn it is likely they are part of the very canon Daniel Handler was parodying and paying homage to with that series. Philip Pullman is also a fan and the influence of Dido Twite is clear in his own urchin action girl, Lyra Silvertongue.

The Wolves Chronicles (in narrative order):

(Note: Midnight Is a Place (1976), though set in the same fictional city as Is, isn't usually counted as part of the series.)