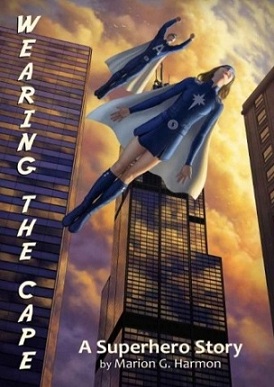 "When you wear the cape, you do the job."
— Atlas (and later Astra)
Advertisement:

Its world is much like our own until sometime in the late 90's, when the Event created an alternate history. (The actual Divergence Point has to predate the Event; the Vice President on Event Day doesn't correspond to anyone who's actually held the office.) The Event was a worldwide sensory blackout that lasted 3.2 seconds; everyone experienced those brief seconds of sensory deprivation, and when the world came back they found that the Event had also triggered a temporary but worldwide loss of power (known as the Blackout). Most importantly, however, the Event changed The Rules.

In the aftermath of the Event and the Blackout, as stalled and out-of-control cars and powerless planes turned freeways and cities into death-zones, a small percentage of people reacted to the trauma and danger by exhibiting superhuman powers. Called "breakthroughs", many of them exhibited powers similar to those of traditional comic-book superheroes, though others were patterned after older myths and some were just plain weird. The first recorded breakthrough, a Superman-knockoff who took the codename "Atlas", put on a jumpsuit and cape to do good in the days and weeks following the Event, setting the pattern for public-minded breakthroughs who followed. Much of the plot is driven by the separation between expectations and super-heroic reality as the main character, Hope Corrigan, gains superpowers and deals with all the changes in her life. Through her eyes, the reader sees the difference between media-driven stereotypes and the truth about the superhero profession.

The story takes place ten years after the Event, and an entire generation has grown up in a world of "superheroes." Unlike the heroes of the comics, however, Post-Event superheroes are certified, licensed, and regulated by state and local governments; most active heroes are members of Crisis Aid and Intervention teams and act as civilian contractors to city governments. While they do aid local police in responding to superhuman threats, mostly they act as Emergency Response Personnel. They also milk their own media-value for everything it's worth, using costumes and codenames to market their images (and sometimes to cover true secret identities). The presence of breakthrough powers is the only fantastic element in the Post-Event world, which strives to be a socially realistic setting, in that the story explores the political, legal, social, and personal issues created by the reality of people with superpowers. In general attitudes, the setting's superheroes resemble the more nuanced heroes of The Golden Age of Comic Books.

There are currently 9 novels, 1 spin-off (not directly linked to the main series) and 2 short stories.

Short Stories:Spin-off:Wearing The Cape The Roleplaying Game using the Fate system (used on games such as The Dresden Files) and written by Harmon, has been released