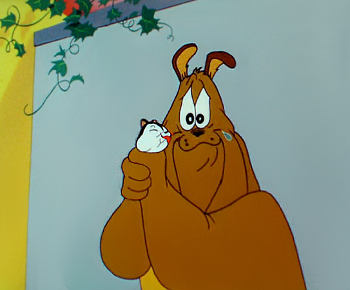 A size-mismatched duo, and a subtrope of Big Guy, Little Guy. The smaller/weaker character gets protection from his naïveté by the larger. What the larger character gets out of the deal varies more, although sometimes he is just a Gentle Giant.
Advertisement:

Sometimes overlaps with the Badly Battered Babysitter if the "protected" character is especially given to walking blindly into dangerous situations and environments.