A list of the major characters in the films The Rocky Horror Picture Show and Shock Treatment. For characters originating in the script to the former's unmade sequel, The Revenge Of The Old Queen, see here. 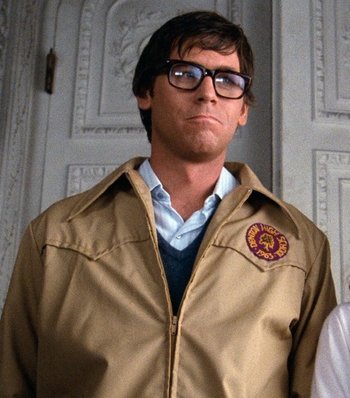 A hero
An All-American man who proposes to his girlfriend Janet Weiss. However, on the way to meet his old friend and science teacher, Dr. Scott, Brad Majors ends up with a flat tire on his car. He soon finds himself at the mercy of Dr. Frank N. Furter and his servants, and ends up confused over his own sexuality after the events in the castle. Played by:
Janet Weiss 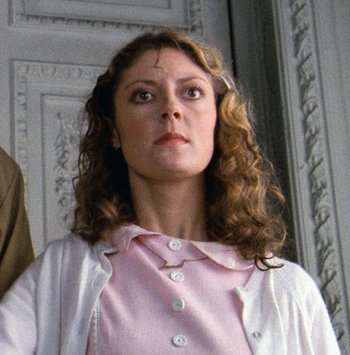 A heroine
A formerly innocent girl who is Brad's fiancee. Though, during her time in the castle, she has sex with both Frank N. Furter and Rocky...the latter prompting pure rage from the former. In the end, she's also confused about what has occurred, but also realizes the benefits of living a sexually active life. Played by:
Dr. Frank N. Furter 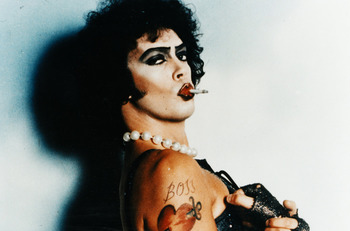 A scientist
Frank is a Mad Scientist bent on creating the "perfect man", which he succeeds in doing so by creating Rocky. He's something of the antagonist of the film, causing all sorts of trouble for Brad and Janet. In the end, he's killed by Riff Raff.
Riff Raff 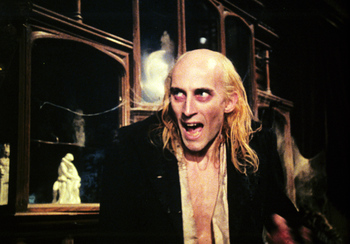 A handyman
Frank's personal butler, Riff Raff is a shady character who seems to be up to something throughout the film. In the end, he kills Frank, Rocky, and Columbia before he and his sister Magenta return to their home planet of Transsexual, Transylvania. Played by:
Magenta 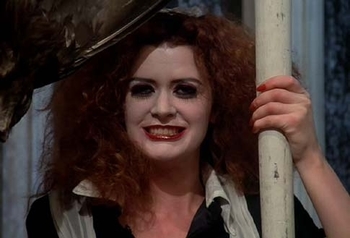 A domestic
Riff Raff's sister, and also Frank's maid. In the end, her brother kills Frank, Rocky, and Columbia before they head back to their home planet of Transsexual, Transylvania. Played by:
Advertisement:
Rocky Horror 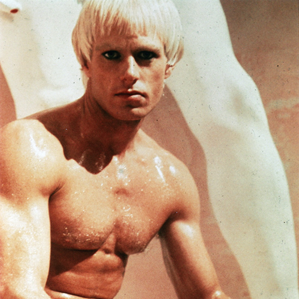 A creation
Frank's beloved creation, Rocky is supposed to be the "perfect man". However, things don't go well when Janet seduces him causing Frank to go into a jealous rage. In the end, he's killed by Riff Raff while mourning the loss of Frank and trying to escape. Played by:
Columbia 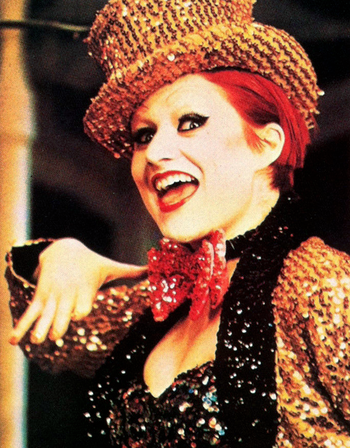 A groupie
A groupie who is both Frank's and Eddie's ex-girlfriend. She starts off as being extremely loyal to Frank. Though, she quickly realizes that he's simply using her and turns on him. In the end, she's killed by Riff Raff. Played by:
Dr. Everett Scott 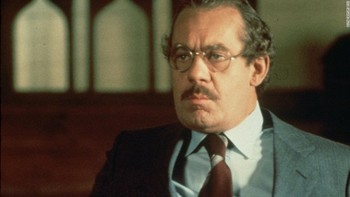 A rival scientist
Brad's former science teacher and close friend. He ends up at the castle while looking for his nephew, Eddie. Played by:He also appears in an early draft of Shock Treatment called The Brad and Janet Show

but due to Adams not wanting to reprise the role, the finished film has the Suspiciously Similar Substitute Bert Schnick.
Eddie 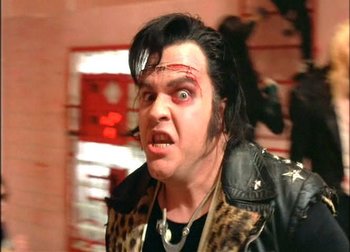 An ex-delivery boy
A former delivery boy who was Columbia's ex-boyfriend (in the stage show he was also Frank's). Half of his brain was used to create Rocky. After escaping from the freezer (and singing a song), Eddie is promptly killed by Frank. One of the earliest roles for Meat Loaf. Played by Adam Lambert in Let's Do the Time Warp Again.
The Criminologist 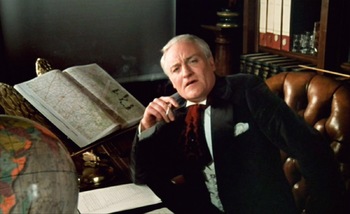 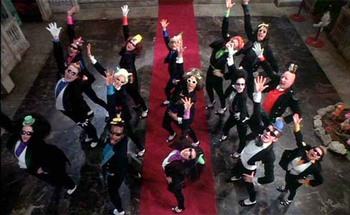 Party-goers from the planet Transexual who've come to Frank's Castle to see Rocky being unveiled.
The Usherette 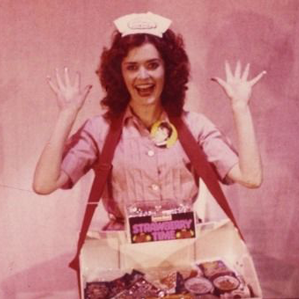 An Usherette who introduces the play by singing Science Fiction-Double Feature. Playwise, she's usually played by the same actress who plays Magenta but in the remake she's played by Ivy Levan.
Ralph Hapschatt 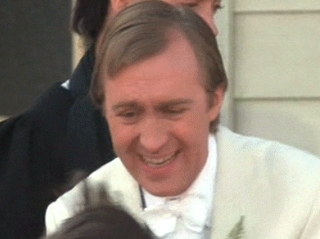 An old high school friend of Brad and Janet's who gets married at the start of the first movie and divorced by the time of the second. Played by:
Betty Munroe Hapschatt 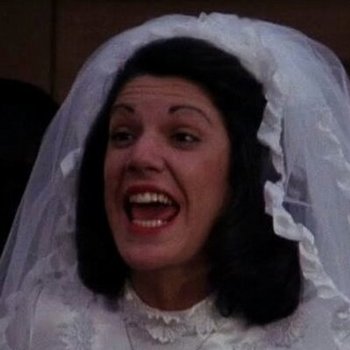 Marries Ralph at the start of the first movie but has divorced him by the second. Played by:

Runs the Dentonvale mental home show with his sister Nation.

Runs the Dentonvale mental home show with her brother Cosmo.

The blind, German Game Show Host who works for Farley.