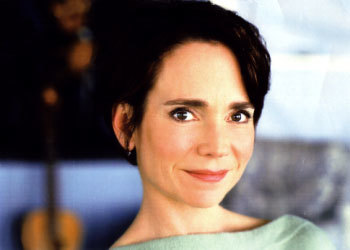 She is probably best known for her starring roles as Phoenix and Suzy Bannion in the cult classics Phantom of the Paradise and Suspiria respectively. She also replaced Susan Sarandon as Janet in Shock Treatment, the followup to The Rocky Horror Picture Show.note Debate rages to this day as to which of them is the better singer (as well as who makes for a sexier Janet). Later on in her career, she appeared in Steven Spielberg's Minority Report in the small but essential role of Anne Lively.

Harper mostly focuses on writing children's books and her cooking blog The Crabby Cook these days.

She is married to film executive Tom Rothman.