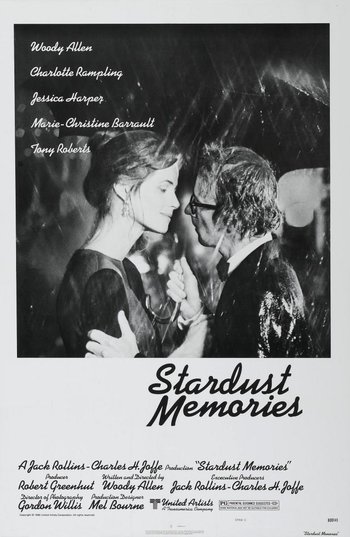 Stardust Memories is a 1980 comedy-drama film written and directed by Woody Allen, who also stars along with Charlotte Rampling, Jessica Harper, Marie-Christine Barrault, and Tony Roberts.

Sandy Bates (Allen) is a neurotic movie director struggling to survive a career retrospective being held in his honor, all while dealing with studio executives who are demanding a new, happier ending to his bleak new film.

Allen considers this to be his favorite among his films, alongside The Purple Rose of Cairo and Match Point.

Not to be confused with Mobile Suit Gundam 0083: Stardust Memory or the manga of the same name.