The family line at the forefront of Kyrat's current Civil War. Its members have played significant roles in the development of the Golden Path and of Pagan Min's Royal Army at many different points in time. 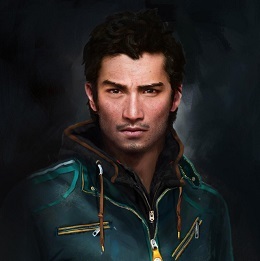 Voiced by: James A. Woods (English)note Other Languages:Oleg Novikov (Russian)

The main protagonist of the game, a Kyrati-American who has returned to his homeland in order to return his mother's ashes. 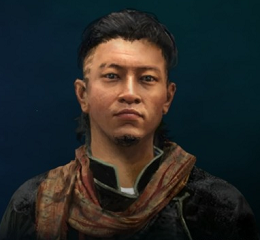 The man the locals believe to be Ajay's father. They're right. The founder of the Golden Path resistance. He was a member of the Royal Guard before defecting and beginning a war against Pagan Min. 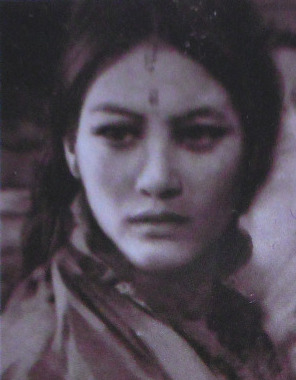 The mother of Ajay Ghale, whose final wish to have Ajay take her ashes to Kyrat kicks off the plot.

She was the previous Tarun Matara, and as such the elders had warned Mohan that his marriage to her was an ill omen that would spell disaster for Kyrat. In a sense, they were right; shortly after the marriage, the war began. 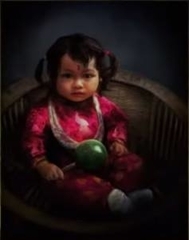 A mysterious name that appears on the letter detailing Ishwari's Last Request. Ajay assumes it is the place where she wants her ashes spread. In reality, Lakshmana is Ishwari's daughter from her affair with Pagan Min. The child was killed by Mohan Ghale in a fit of jealousy and her ashes now rest in a tomb at the Royal Palace.

The Golden Path in General

The resistance group working against Pagan Min, founded by Mohan Ghale, Ajay's father. At the start of the game, the Royal Army has the Golden Path on the ropes, and their situation is tenuous, but Ajay changes that.

The smuggler who brings Ajay into Kyrat. 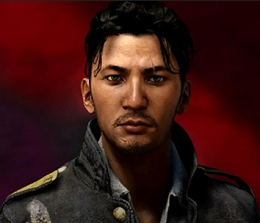 Co-leader of the Golden Path with Amita, he believes in focusing on preserving Kyrat's traditions and culture. 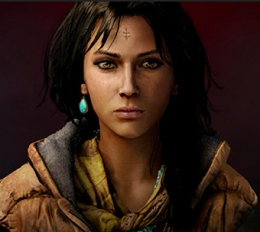 Co-leader of the Golden Path with Sabal, she believes in bringing Kyrat to a more modern age. 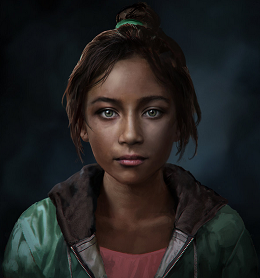 An adventurous young woman who Sabal believes is the new Tarun Matara, the reincarnation of the Bride of Banashur from Kyrati mythology. 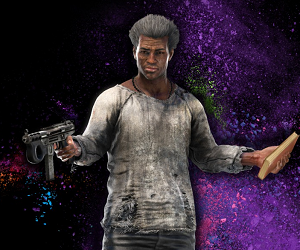 Voiced by: Emerson Brooks (English)note Other Languages:Sergey Chikhachev (Russian)
What gun would Jesus use? ... When the Lord returns, he will return as a lion. The Lion of Judah! And a lion must have teeth.

An African priest who pastors a small church in Kyrat. While his religion isn't quite compatible with the locals, the Golden Path tolerates him because he's their chief supplier of weapons.

The DJ behind Radio Free Kyrat, the country's only pirate radio station. 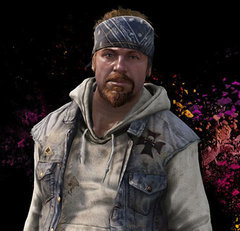 A bumbling American wanderer who wants to join the Golden Path and take the fight to the Royal Army. First seen in Far Cry 3's "Monkey Business" DLC, he is the second Player Character for the Co-Op Multiplayer mode. He returns in Far Cry 5 as one of the "Guns For Hire" characters.

A resistance fighter running supply drops for the Golden Path.

As the chief antagonists of the game, the Royal Army keeps Kyrat under strict and brutal martial law. Its presence in the South is composed of recruits from the local populace. Meanwhile, the North is policed by the Royal Guard, an elite force of foreign mercenaries. 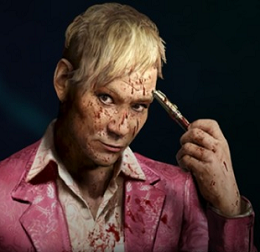 The main antagonist of Far Cry 4, a former Triad crime lord who styles himself the King of Kyrat. 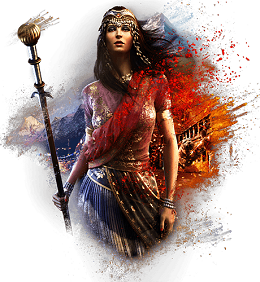 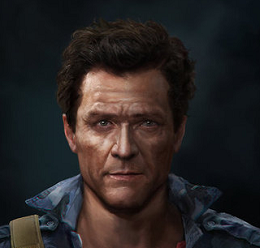 Governor of South Kyrat and the primary Torture Technician of Pagan Min. 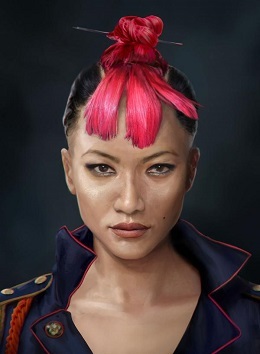 Pagan's adoptive sister, governor of the Royal Guard, and warden of Durgesh Prison. 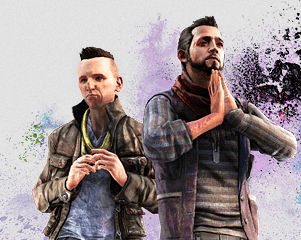 A couple of expats living in Kyrat. Though they're technically Noore's underlings, they spend most of their time getting high and screwing around.

Other Residents of Kyrat

A disgraced Indian fashion designer looking to revitalize his career at the upcoming Kyrat Fashion Week.

A film producer who publishes videos of Ajay performing vehicular stunts on her race courses.
Robert and Charlotte Barclay

A lieutenant from The British Empire's 19th-century presence in Kyrat, and his wife in England.
The Goat

The focus of the Shangri-La episodes. Once a majestic kingdom home to mystical beings, Shangri-La was overrun by a great Rakshasa army. Kalinag, the seeker from ancient Kyrati myth, embarks on a quest to liberate it from its invaders. 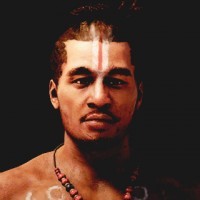 A seeker tasked by an ancient king of Kyrat to find Shangri-La. He is the Player Character of the Shangri-La Episodes.

The religious order to which Kalinag belongs. 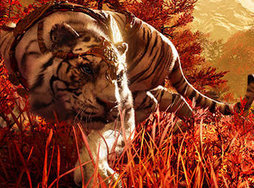 A supernaturally empowered tiger that joins Kalinag on his quest. 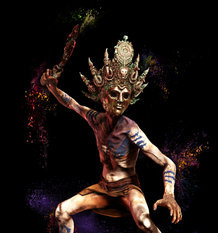 An army of demons now occupying Shangri-La. They are the chief antagonists of the Shangri-La episodes.