This is a character sheet for the Far Cry 3 stand alone expansion, Far Cry 3: Blood Dragon. 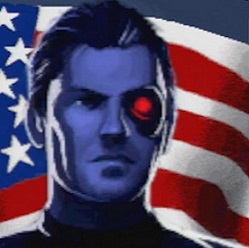 Voiced by: Michael Biehn
"Let's show them how Cyber-Commandos get it done."

The central protagonist and all round Badass. After falling in battle Sergeant Rex Colt was rebuilt into a new breed of soldier. A Cyber-Commando. He was considered the pinnacle of the Cyber-Commando Mark IV series but was deemed obsolete once the Mark Vs were introduced. Problem is, someone forgot to send Rex the memo... 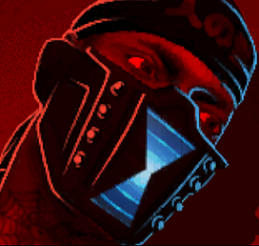 Rex's best friend and comrade in arms. They were even rebuilt into Cyber-Commandos together. Spider is a hacking and infiltration specialist. He relies on Rex to keep the enemy distracted whilst he goes about his business. 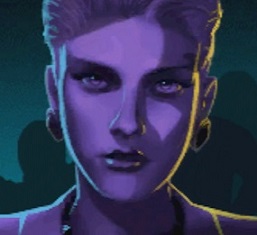 Voiced by: Grey Delisle
Dr. Darling: Rex, that was amazing!
Rex Colt: No. Paintings of sad clowns and dogs playing poker are amazing. This is just the job.

Dr. Darling was a refugee from Canada, escaping after the US and Russia decided to use its cities as the setting for a game of "nuclear hockey." A potent combination of looks and smarts she began working for the US in order to get back at the Russians. Eventually she found herself working for Sloan and naturally assumed she was still with the good guys. When Elizabeth discovered otherwise she looked for a way escape and to help undo his terrible plans. 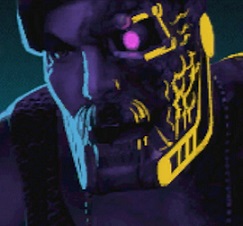 Voiced by: Danny Blanco Hall
"I'm trying to make the world a better place. No more coddlin' the weak. No more politicians and lawyers and goddamn Democrats. It's gonna be survival of the fittest!"

Once regarded as a hero and the ideal soldier, Col. Sloan has become the enemy not just of the US but the entire world. Hell bent on starting a new apocalypse in order to usher in an era ruled by only the strong, with him as it's supreme leader.

Dr. Darling's former colleague and Sloan's main scientific mind. Unlike Elizabeth he is continuing to willingly work with Sloan even when aware of his insane plans. His notes scattered around the island reveal more about his one way attraction to Darling and how much of an asshole he is. 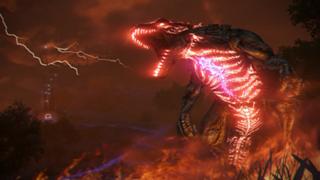 The titular creatures; bloodthirsty lizards who shoot laser beams out of their eyes and can't get enough of tasty cyber hearts.

BADASS: I AM THE BATTLE ARMORED DRAGON ASSAULT STRIKE SYSTEM. YOUR KILLSTAR CONTROLS MY BRAIN CAGE, INSTRUCTING ME THAT YOU ARE MY RIDER.
Colt: Hello, gorgeous.
BADASS: I AM EQUIPPED WITH A HYDRAULICALLY POWERED TERROR-4000 CANNON AND TITANIUM TRAUMA PLATES.
Colt: I think I'll take you out for a spin.

The Battle Armored Dragon Assault Strike System is the destined mount of the one who has proven worthy to wield the Killstar. It is, simply put, a Blood Dragon in full battle armor and possessing ridiculous firepower. The Battle Dragon assists you during the final assault on Sloans base. It also shoots lasers from its fucking eyes!