The cast of Dragon Quest IV. Alternate names for characters are in parentheses.

open/close all folders
The Chosen Team

Chapter One: Ragnar McRyan and the Case of the Missing Children 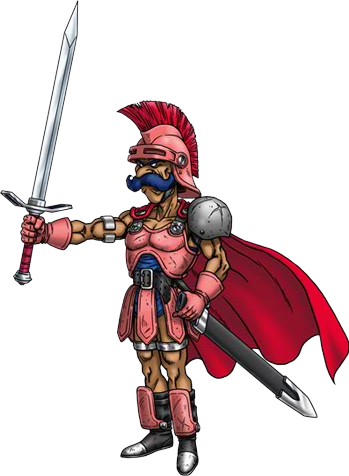 A royal knight who has served faithfully under the king of Burland for several years. Along with the rest of the knights, he is dispatched to investigate the mysterious disappearances of several children from Strathbaile/Izmit.
Healie (Hoimin)

A helpful healslime who hopes that one day he might become human. Takes a real shine to Ragnar and offers to help him out. Though Ragnar wasn't the first soldier he made that offer to.

Chapter Two: Alena and the Journey to the Tourney 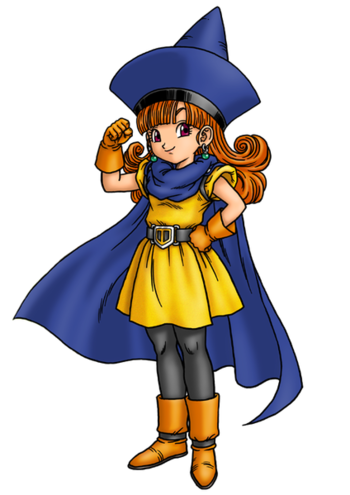 The Tsarevna of Zamoksva/Santeem. Her father disapproves of her Tomboyish ways, and would much prefer she become a prim and proper lady. But Alena's more than ready to start adventuring, whether her father approves or not — nothing's going to stand in her way, not even the castle walls—!
Borya (Brey) 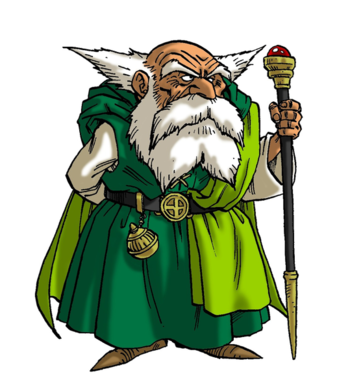 The long-suffering Court Magician of Zamoksva/Santeem. Originally, he was supposed to serve as Alena's tutor, only to find she was completely hopeless with magic. This may be just as well, however; they have enough trouble keeping her from getting into too much trouble as it is...!
Kiryl (Clift/Cristo) 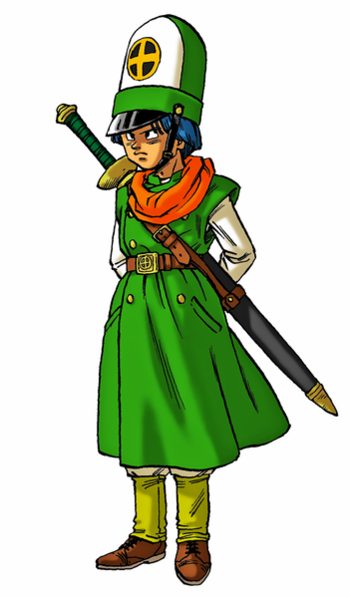 A childhood friend of Alena's who's currently training to become a Priest. Despite her incredible strength, he can't help worrying himself sick over her safety, and just has to come along... 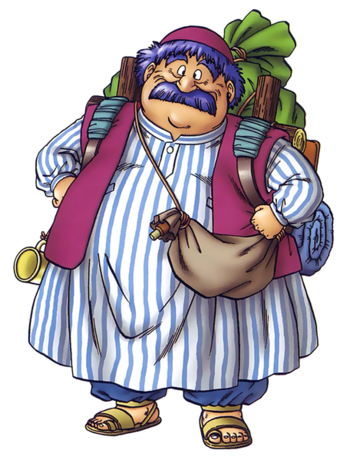 A cheerful merchant who dreams of owning his own store, rather than working under his ill-tempered boss. After all, how can he support his loving wife and son on minimum wage? Thus, he sets out in search of the perfect place to settle down, hoping to find fortune and a little fame along the way.
Laurel (Laurence/Laurent)

A wandering poet who dabbles in magic and is more than willing to lend his spells to anyone willing to pay the price. Just 600 gold nets you four days of traveling with your own personal minstrel!
Hardie (Scott/Strom)

A hired muscle who's currently between jobs. 400 gold equals five days of his services. Not a bad trade, if you need a good lance on your side...

Chapter Four: Meena and Maya and the Mahabala Mystery 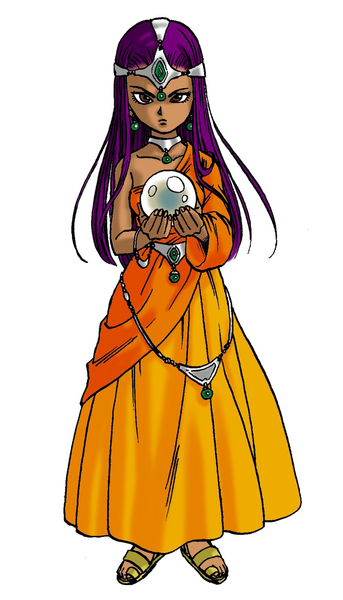 A composed, meticulous Fortune Teller who has been searching for Balzack, the man who betrayed and murdered her father Mahabala/Edgar. After years of traveling under the radar, she believes it's time for them to make their move...
Maya (Manya/Mara) 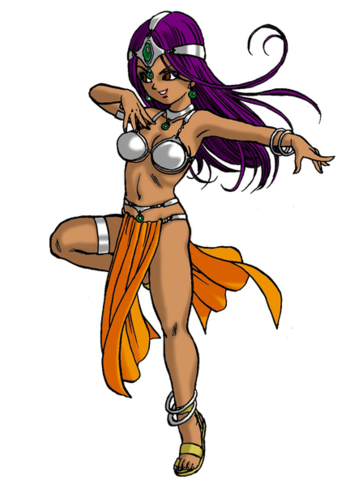 Meena's exuberant and far-flashier twin sister, Maya has earned quite a reputation and a considerable fan-following as a Belly Dancer. However, she's also an incredibly talented spellcaster who's all about Stuff Blowing Up. Like Meena, she wants revenge on her father's murderer; she just tends to keep a brighter attitude about everything to offset her sister's serious nature.
Oojam (Orin)

An apprentice alchemist who used to work with the twins' father. Like Meena and Maya, he's set out in search of revenge, hoping to track down his master's killer and bring him to justice. 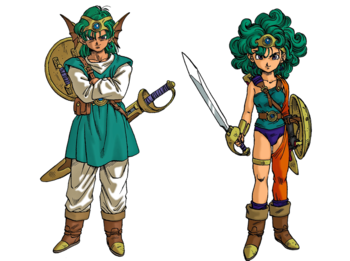 Male Hero voiced by: Takeshi Kusao (Japanese, Super Smash Bros. Ultimate)
The Chosen One whom the forces of evil are currently scouring the world for, in hopes of putting a premature end to that pesky prophecy. Until the day destiny comes a-calling, however, they're enjoying a peaceful, easygoing life, playing with their best friend Elisa/Celia and practicing their swordsmanship...
Elisa/Eliza (Cynthia/Celia)

The Hero/Heroine's best friend, who just happens to be a magically talented elf. Lighthearted and mischievous, she loves playing pranks on the whole village, and likes jerking the hero's chain.
Hank Hoffman, Jr. (Hoffman/Hector)

The son of an innkeeper, Hoffman is sharp-tongued and short-tempered at first, refusing to help anyone out. Poor guy has some serious trust issues, though there's a pretty good reason for that... Perhaps he just needs a little help, and a little more information about what exactly happened to him — surely then he'd be willing to return the favor, right?
Tom Foolery (Panon)

A wandering entertainer reputed to be one of the best comedians in the world. He may not be strong or swift or much of a spellcaster, but at least he's funny, right...? ...Right?
Orifiela

A beautiful woman stranded far from home, requiring a special escort back to her faraway country. An accomplished healer, she also knows how to sap her enemies' magical strength and claim it as her own, making her a fantastic backup... though her physical strength is sadly lacking. Oh, and she also happens to be a Zenithian. And heavily implied to be the Hero's mother, though neither of them actually figures it out.
Zenith Dragon

The ruler of the heavenly city Zenithia and one of the most powerful creatures in the series. He was responsible for sealing away Estark in ancient times.
Sparkie (Doran)

A cutesy little dragonnot that hits insanely hard... when he bothers to attack. 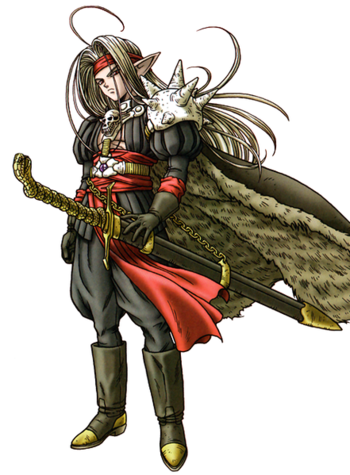 A powerful swordsman. He is a demon and bears the title "Master of Monsters" despite having a very humanoid appearance.
Rose (Rosa)

A beautiful girl in a tower who can see that the world's well on its way to ruin... thanks to the efforts of her misguided lover, Psaro.
Aamon (Radimvice / Evil Priest)

Psaro's right hand man...demon...thing. Turns out he's more important to the plot than he seems, especially in the DS version.
Estark

An ancient Demon known as the "Lord of the Underworld" and one of the most powerful beings in the series. Psaro and his forces seek to reawaken him upon discovering his tomb.