"The Devil Hunters that the devils fear are the ones with a few screws loose."

The best Devil Hunter still alive, who Denji meets when he's assigned to train under him. A very heavy drinker, not that it does anything to slow down his skills.

"You best not die on me, Aki."
An upbeat and flirty veteran Devil Hunter. She was Aki's mentor when he first joined the bureau, and is put in charge doing the same with Denji, Power, Arai and Kobeni.

Contracted to the Ghost Devil, who allows her to summon an intangible, superhumanly strong third arm in exchange for having let it consume one of her eyes.
Kobeni Higashiyama

"I wanted to go to college, but I'm just going to my grave!"
A meek young woman who was forced to join the Bureau to pay for her brother's university fees.
Hirokazu Arai

One of Himeno's subordinates, who clashes with Denji during their assignment.
Beam

The Shark Devil, currently possessing the body of a young man. He possesses the ability to turn intangible and "swim" through rock, dirt and concrete, unbreakable sharp shark teeth, and the power to temporarily turn into a shark-like form. He has a single-minded devotion to the Chainsaw Devil, which extends to Pochita's current vessel, Denji. 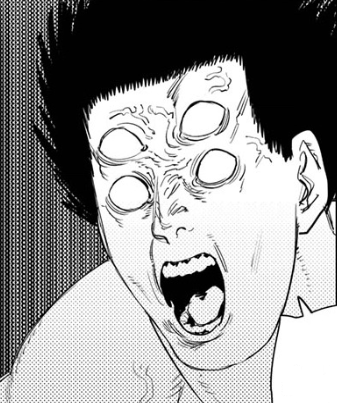 "But yeah, not a fan of violence. I'm all about love and peace!"

The Violence Fiend is a very rare type of Fiend who has retained their human memories instead of becoming possessed by the Devil animating their corpse. Though supposedly powerful, he declares himself a pacifist and often runs from fights. He is partnered with the equally cowardly Kobeni, and is required to wear a poison-emitting mask that seals his full power.

Even among Devils; Violence is noted to be incredibly physically strong, and can also greatly increase the size of his arm and leg muscles to put even more power behind his blows. 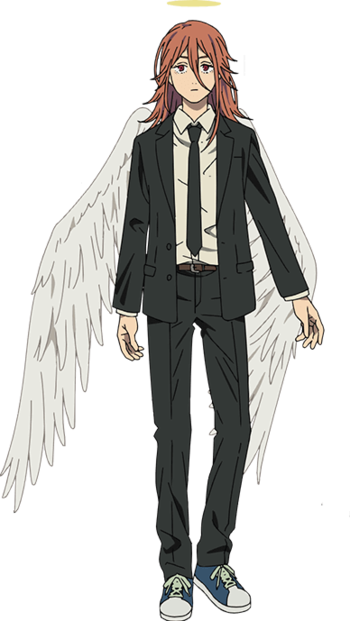 The Devil who embodies the fear of angels. Far too apathetic to care about attacking humans, he was found and put to work by the Bureau as Aki's new partner.

He gradually consumes the lifeforce of anyone he touches, and is capable of transmuting the stolen lifespan into tools (usually weapons) that have properties tied to the amount of years Angel spent to create it. 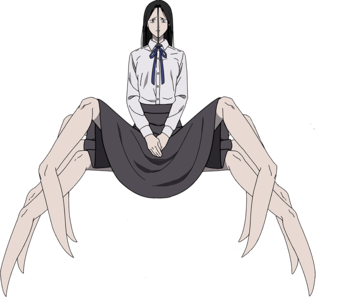 The Spider Devil. Distinct from the rest of Division 4 for being genuinely loyal to Makima and the Bureau rather then being a Boxed Crook like the rest of its Devils.

Princi’s legs can cling to surfaces and pierce through flesh like a normal spider, and in addition she’s capable of phasing through walls.
Seraphim, Dominion, and Virtue 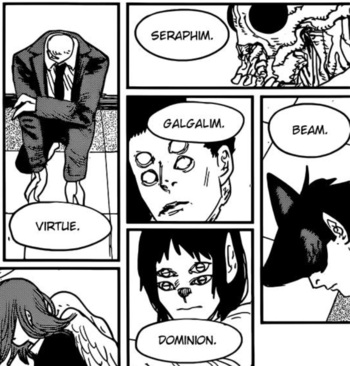 Three Devils or Fiends (their status is ambiguous) introduced in Chapter 83, as Makima's subordinates gather. Seraphim has an insectoid head as well as wings, Dominion has four eyes and bat ears, and Virtue has clawed hands and feet. Nothing else at this time is known about their relationship to Makima, or their role in the organization. 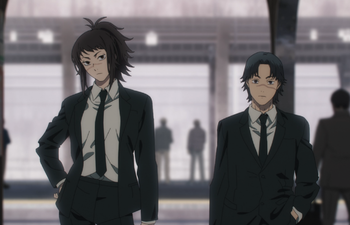 Tendo (left) and Kurose (right)
Two Public Safety officials that work under Makima, though are too scared of joining the Special Divison themselves. 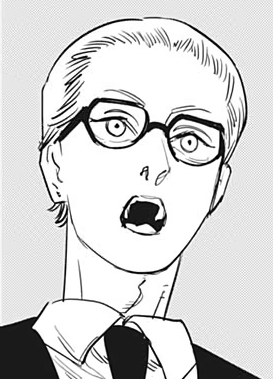 A fussy security expert from Miyagi Division 2 assigned to bodyguard Denji during the International Assassins arc.

He's contracted with the Stone Devil, allowing him to petrify anything with his breath as long as he's standing in a specific drawn circle.
Tamaki 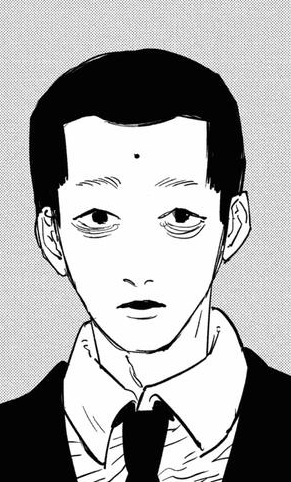 Kusakabe's partner from Miyagi Division 2, who joins him in organizing Denji's security team.

A Devil Hunter assigned to protect Denji during the Assassins arc. He's contracted with the Octopus Devil. Although he exits the plot very quickly, he shows up in a more prominent role in Part 2.

See here for tropes about Yoshida.

Devil Hunter Club (Seigi, Furio)
The devil hunting club for Fourth East High School, led by Haruka Iseumi, which is also the student council. Seigi, Furio, and an unnamed female member show up when one of the Justice Devil's contractors attack the school. Seigi, a young man who looks like Kobeni, and a suspicious young woman are later shown to form Haruka's entourage, if they aren't the entirety of the club.
Haruka Iseumi 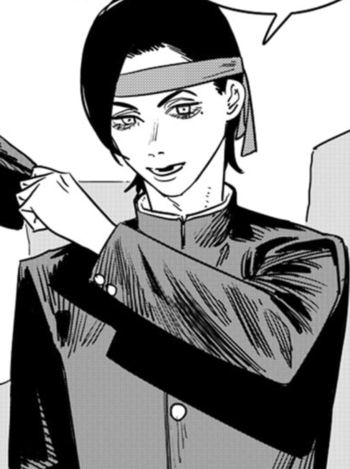 "I expected better from you."

The president of the Student Council and the Devil Hunter Club. 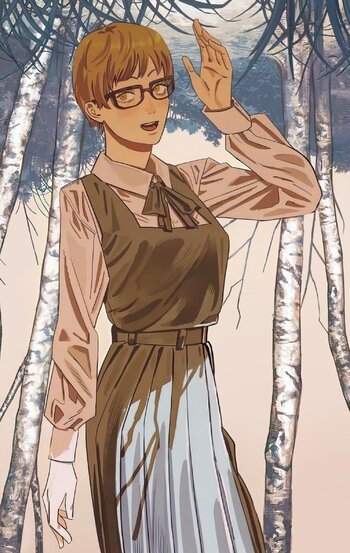 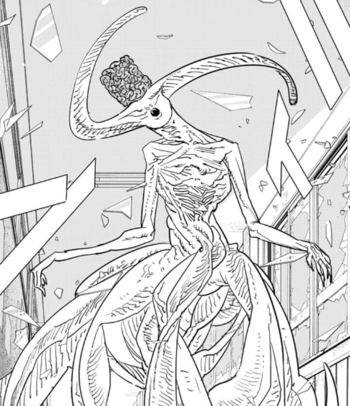 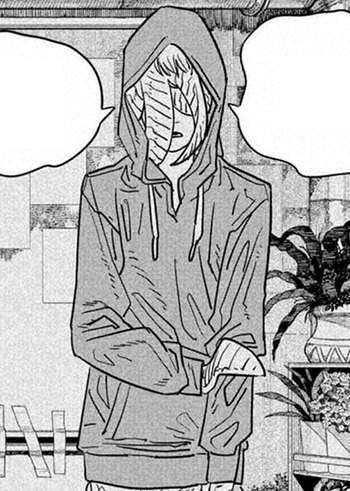 "Even if my actions turn out to be a mistake, if my heart was in the right place, that's all that matters to me!"

A girl from another class of Asa's school, they and Yoshida are assigned as a trio to try out for the Devil Hunter Club. After she's injured fighting a devil, she makes a contract with the Justice Devil to seek violent revenge on Asa's tormentors.