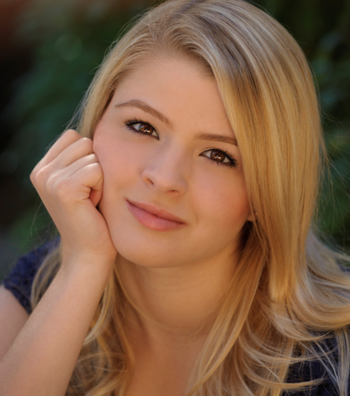 Bryn Apprill (born January 29, 1996 in Plano, Texas) is one of the rising voice actresses from Texas block especially in Funimation. She is best known in the industry as Kotori Itsuka as well as Krista Lenz, and Yaya. She is often cast as cute adorable girls or a Cheerful Child of various personalities (ranging from Genki Girl or Tsundere to The Quiet One, Nice Girl, or Shrinking Violet). Bonus points if they fall into the Older than They Look category