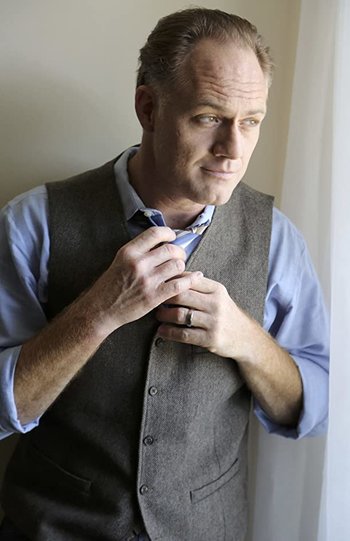 Jason Douglas (born February 14, 1973 in Arkansas) is an American actor who used to work in Houston for ADV Films but moved to Dallas/Fort Worth to work with Funimation after ADV declared bankruptcy.note His last Houston role is Uranus in Appleseed (Sentai dub) in 2010, followed by Devil Survivor 2 The Animation in 2014. He has worked as a bit part in many live action films as well, many of them being the work of Robert Rodriguez.

Sorry troper, but your luck has run out. HAKAI.