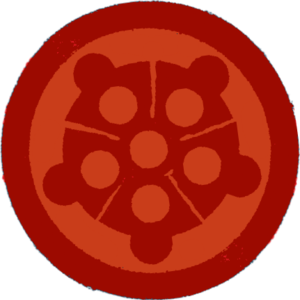 Mon of Clan Hamato
The Hamato Clan was one of the oldest ninja clans in ancient Japan. At some point, a bitter feud between them and the Foot Clan developed and would lead to centuries of warfare. At a certain point in the late 20th century, the Hamato Clan would finish off the Foot Clan, rendering them functionally extinct, save for a lone survivor in the form of the infant Oruku Saki, who would be adopted by the leader of the Hamato Clan. Sixteen years ago, the Hamato Clan was on the verge of ending when the chosen heir in Hamato Yoshi was divided between leading the clan or starting a new life in the United States with his new family in Tang Shen and his daughter. However, betrayal would come when Oruku Saki would discover his origins and fully enraged by this and the loss of Tang Shen, exploited the decision to rebuild the Foot Clan, with most of the Hamato Clan defecting to join their former enemy. The conflict would see the patriarch and Tang Shen dead with Oruku Saki fleeing with Yoshi's daughter, Hamato Miwa and Yoshi presumed deceased. Yoshi fled to New York and a year later decided to adopt four pet turtles for company. Right as he left the pet store, he was trapped by strange men and splashed with Mutagen by accident. The small turtles eventually became anthropomorphic, while Yoshi, due to touching a rat last, mutated into a giant rat. He decided to adopt the four as his sons and train them in ninjutsu, carrying on the Hamato Clan's legacy. Fifteen years later, the Turtles go on their first mission and find the beginnings of an alien conspiracy. It would be the first of many adventures that would change the Hamato Clan forever.

"Gentlemen, I have a bold and daring plan!"

The leader of the Turtles and almost always in control, Leonardo often finds his job challenging and thankless, but his brothers know they can depend on him as much as he does to them.

"That's incredibly stupid! Or brilliant...Or both."

The brains of the bunch, Donatello is the Turtles' go-to Turtle for gadgets and new vehicles, and his tech savvy is never out of demand during their conflict with the Foot Clan and the Kraang. His love for April is what drives him, though how much she may reciprocate is up for debate, especially when Casey arrives on the scene.

"Was that supposed to sound tough or stupid?"

Count on Raphael to throw the first punch. He's the most disagreeable Turtle, but there's no arguing that he genuinely does love his family and would do anything to protect them.

The comic relief of the Hamato Clan. Expect him to touch or break things he shouldn't, but you can also count on him to come through when it's most important. 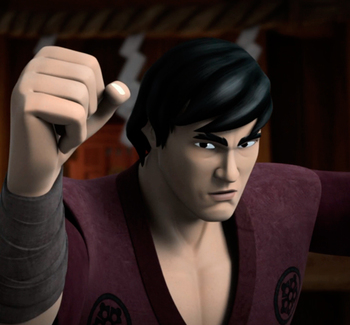 We choose what holds us back and what moves us forward.

Once the leader of the Hamato Clan, Hamato Yoshi's idyllic life with his wife Tang Shen and daughter Miwa was forever changed when his rivalry with his friend Oroku Saki went too far, and Saki took everything from him. Yoshi relocated to New York alone and ended up mutated into a humanoid rat alongside his new pet turtles, who he raised as his own sons. Fifteen years later, when the Turtles are old enough and trained in ninjutsu enough to go to the surface, the threat of Saki raises its' head again, and the ancient war between the Hamato and Foot Clans begins anew. While his sons are the primary combatants, Splinter continues to train them and shelter them at home, as the mystery regarding the disappearance of his daughter begins to unravel and the flames of his own rivalry with Shredder continue to be fanned. 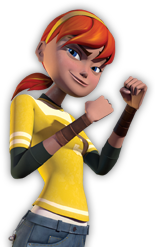 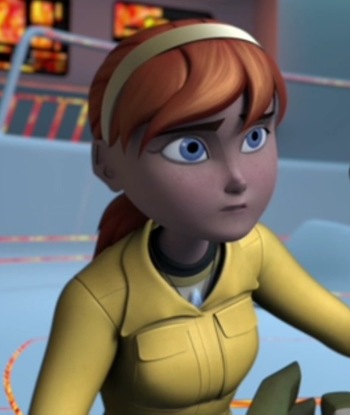 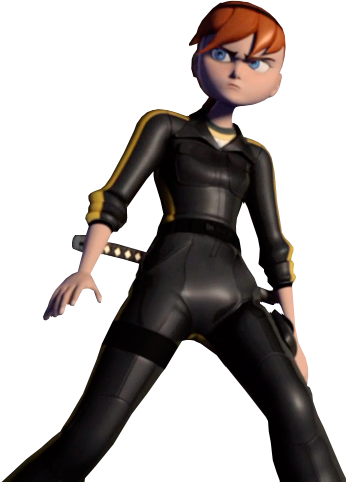 A girl whose father was kidnapped by the Kraang at the start of the series, and she would've suffered the same fate had the Turtles not intervened. Though initially shocked by the Turtles, she gradually began to warm to them and became a full-fledged member of the Hamato Clan. It's even arguable that Splinter sees her as a new daughter. As the Turtles' conflict with the Foot Clan and the Kraang grows larger, it's gradually made more and more apparent that there is far more to this girl than meets the eye.

"All my life I knew I was meant for something greater. This is my calling, my destiny. My city is infested."
Click here

To see Casey with his mask

A rowdy juvenile delinquent type. He enters a rivalry with Donnie over April's affections, though the Love Triangle is far from resolved or one-sided on any account. He strikes up a strong friendship with Raph, and eventually Donnie, and is accepted into the fold fairly quickly.

A stray cat that April rescued and gave to Michelangelo, who almost immediately accidentally mutated it into an ice cream creature. Now, she lives in the Turtles' freezer and helpfully hands them frozen goods when they open the door. Apparently still tastes good.