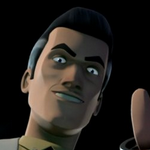 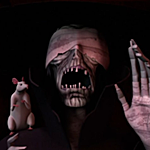 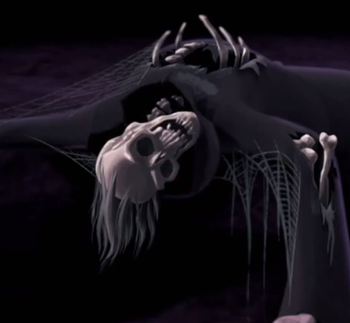 Though your eyes I finally see the world for what it is.

A scientist involved with the Kraang. He modifies their mutagen, tests it on one of his colleagues, and then uses it to give himself psychic powers. A subsequent lab accident turned him into this continuity's version of the Rat King.

The Newtralizer/K'Vathrak
Voiced by: Danny Trejo

An assassin and member of the alien race known as the Salamandarians (which includes Mona Lisa and Sal Commander), who carries a dangerous grudge against the Kraang. 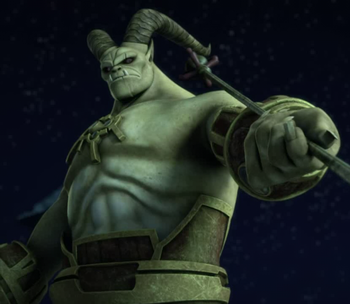 An evil mutant time master who had the plot of obtaining the Time Scepter in order to take over time and space. 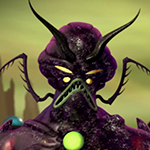 An insectoid crime lord who is the ruler of Sectoid 1. 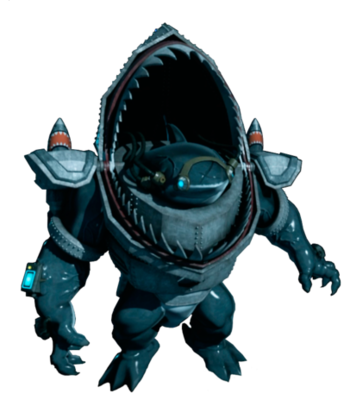 An assassin hired by Dregg to hunt and capture the Turtles. 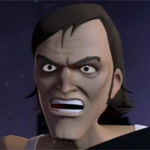 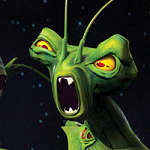 A driver for the Kraang who gets mutated into a weed. 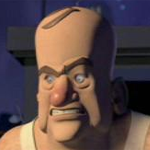 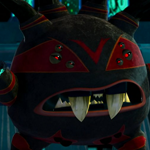 A middle-aged schlub who attempts to parlay his recording of the Turtles into big cash, only to get turned into a spider-like creature by the Kraang's mutagenic ooze. 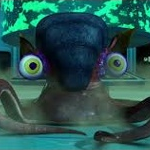 A monster made by the accidental fusing of different samples of animal DNA. 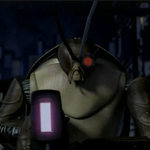 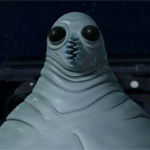 A mutant cockroach with a vendetta against Raphael.

A mutant Wasp that is the result of a Kraang Mutagen experiment Gone Horribly Wrong. It winds up infecting Leonardo with a mind-controlling stinger who then passes it on to Raphael and Donatello, with all three becoming guards to the wasp's egg.

A pack of mutant squirrels created when a squirrel found a mutagen container that the Turtles dropped from the Kraang ship. They are able to self duplicate and evolve into a more dangerous form. 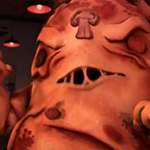 A chef who mutated into a Pizza monster after exposing himself to mutagen. 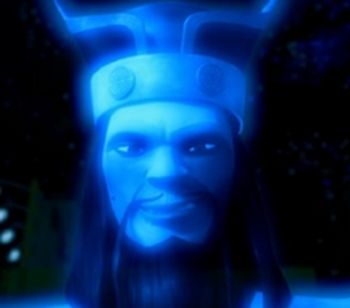 "I see a girl with red hair and a yellow jumpsuit, no, it's just a t-shirt"
Voiced by: James Hong

The ghost of an ancient Chinese sorcerer from the Shang Dynasty who is unwittingly freed by the Purple Dragons in "A Chinatown Ghost Story". 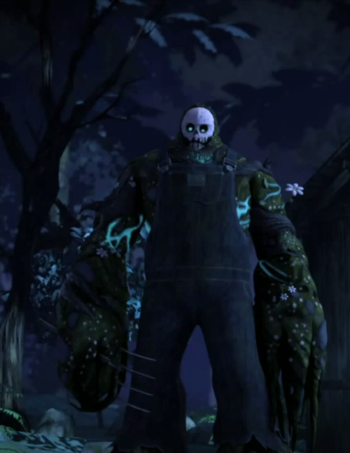 A plant mutant born out of Leonardo accidentally expelling Mutagen-laced medicine from his body upon plants. 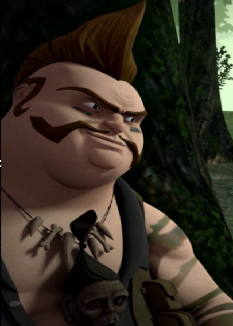 An insane polydactyl hunter who seeks to capture Bigfoot. 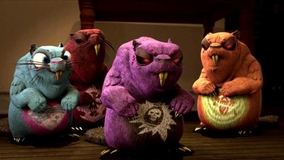 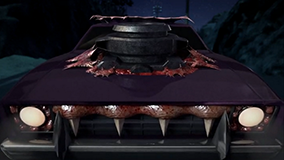 A mutant car that transforms anyone that drives it into a mutant who is thirsty for speed. 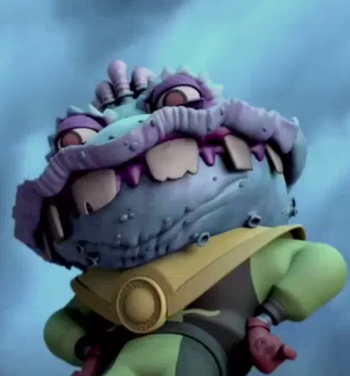 A reality bending creator of chaos who was put in a fifth dimensional prison and scattered through out the cosmos. 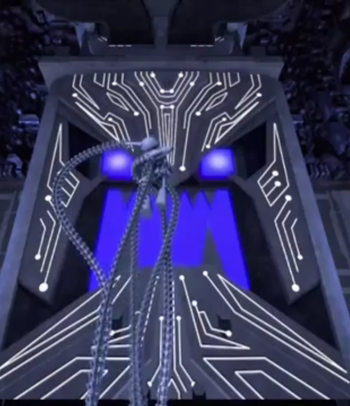 A computer system on a space station that Armaggon chases the Hamato Clan and Honeycutt to. Once he's fully reactivated, he sets out to wipe out all organic life in the universe.

A dark Aeon who is revealed to have inhabited April's Aeon crystal, and takes possession of her in "The Power Inside Her".

A black wolf wizard who is Miyamoto Usagi's personal nemesis and claims he "cleanses evil". 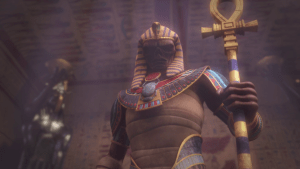 The mummy of an ancient Egyptian pharaoh, revived by Savanti Romero to help him conquer the world. 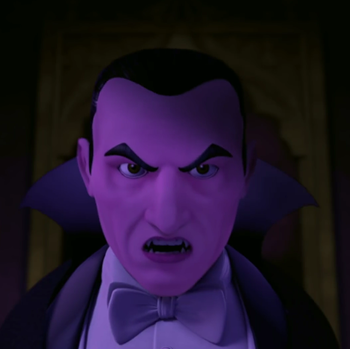 The Lord of the Vampires himself, forcibly recruited by Savanti Romero to help him take over the world. 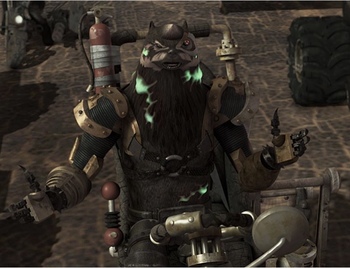 A mutant honey badger, and the leader of the Honey Badger Ravagers in the Mutant Apocalypse timeline.