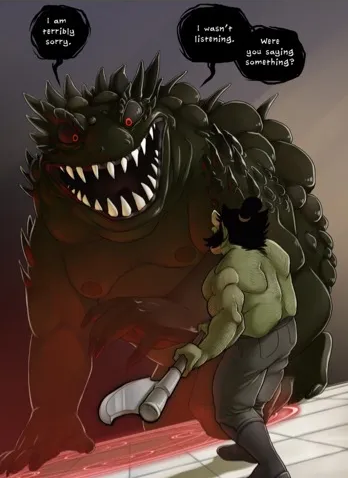 In fiction, amphibians can be large and aggressive enough to be a bona-fide threat, with a sticky tongue very conducive to devouring humans in one gulp. Even normal-sized ones can be dangerous, as these often have some sort of poison attack. (Several Real Life species are indeed poisonous, but only if you try to eat them, as a rule.)

Wizards and witches may sometimes summon these as an attack. After all, turning people into toads is traditional, so why not make use of them afterwards?

Although rare, these can be good guys as well. Note that this trope also includes other amphibians.

See also Amphibian at Large, which many examples also qualify for.