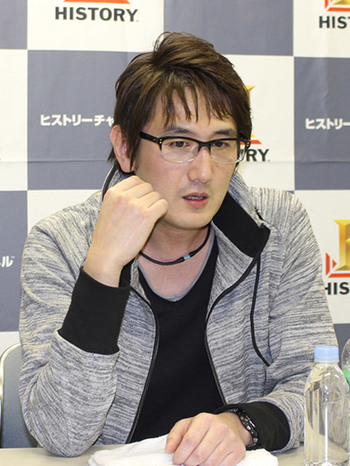 Hiding in shadows and describing tropes! Seiyuu Hiroshi Tsuchida, revealed!
I knew you would say that...

Hiroshi Tsuchida is a seiyū and actor who was born on February 8, 1972 in the city of Tokyo. He is a member of 81 Produce; his bloodtype is O. Tsuchida is best known for his role as Saizou/NinjaBlue in Ninja Sentai Kakuranger. He later moved to voice acting and now also famous as Zasalamel in Soulcalibur III. And the dub voice of Lightning McQueen in Cars. And Kazushi.