Main Character Index | Batman and Allies | Regime Remnants | The Society | Other | Downloadable Content | Non-Playable Characters
open/close all folders
As a whole
"That's the problem with fighting for truth and justice, the battle never ends!"
— Superman

After Superman lost his wife, child and adopted city in a petty scheme by the Joker, he fell into a spiral of grief and rage that ended with his hand through the Joker's chest. But Lois Lane-Kent wasn't the only one who died that day; something inside Supes was lost and never came back. That was the catalyst for him taking a new, harder stance on crime and human error, vowing to no longer stand by while wars raged, crime ran rampant and no one made any effort to fix the situation. As a conflict of ideology raged between him and Batman for years, he and his supporters would eventually found a united Earth government with himself as leader, but Batman never stopped being a thorn in his side and finally he was deposed by his still fully-heroic counterpart from another universe. But that wasn't the end of Superman, or the One Earth Regime, and now they have returned to the field to stake their claim anew. 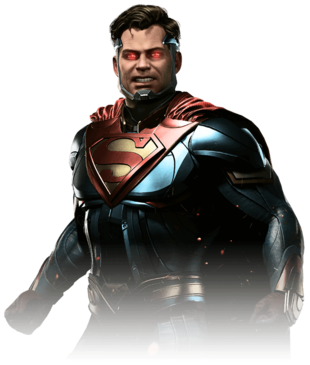 The world's changed since Metropolis.

Once humanity's greatest hero, Superman is now imprisoned for oppressing the world under his murderous Regime. Beaten but not broken, Superman still holds that only the iron-fisted dictatorship he led can protect the world and many of his followers plan to see him set free. 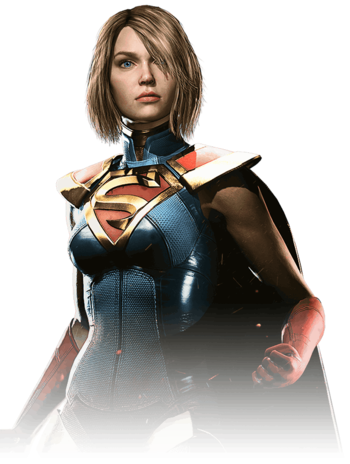 I punch above my weight.

Kara Zor-El was a teenager when Brainiac destroyed her home planet of Krypton, and although that was thirty years ago, Kara is still just a girl thanks to time trapped in "hypersleep." She would be horrified to see what her cousin has become, but thanks to the half-truths of Black Adam and Wonder Woman, Supergirl is convinced her cousin is a helpless victim who must be freed to bring hope to humanity. 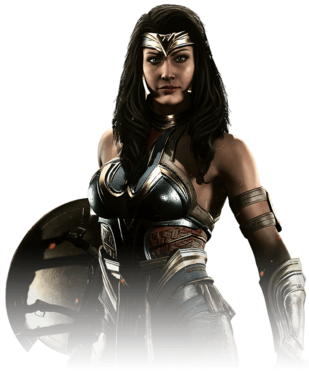 Did I mention I'm an Amazon?

The right-hand of Superman. When he killed the Joker and started down the road to benign tyranny, she supported and encouraged him to keep going, standing by his side through to starting the One World Regime and beyond. She has been exiled from Themyscira after her heroic counterpart removed her from power, and ever since has been plotting with Black Adam to rescue the captured members of the Regime and restart it. 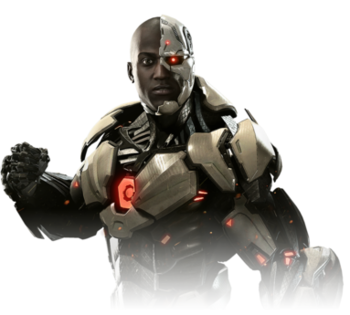 Let's get this party started.

Victor Stone, a star quarterback turned cybernetic superhero, turned once more when his fellow teenage superheroes were killed alongside most of Metropolis by the Joker. He fully understood Superman's conviction to kill all criminals from then on, even loyally following Superman as the Regime fell and they were imprisoned. 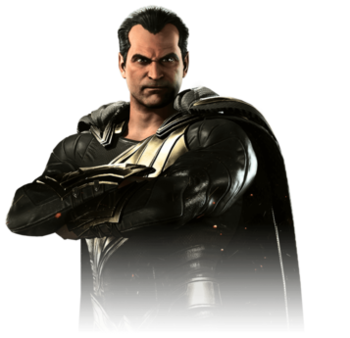 Good and evil are not constants. They are defined by those with power.

Black Adam is the king of Kahndaq, a Middle Eastern country built upon the Rock of Eternity. Kahndaq is a harsh dictatorship, meaning Adam allied with Superman's Regime quite easily. His rule also gave him immunity to prosecution once the Regime fell, meaning he remains one of the few Regime members at large.

The Rock of Eternity, alongside the gods of Egypt, grant Adam an incredible magical power he controls by shouting "SHAZAM!" While his magic gives him flight and strength, he mainly channels his power into summoning lightning and creating electrical balls that he can launch at will. 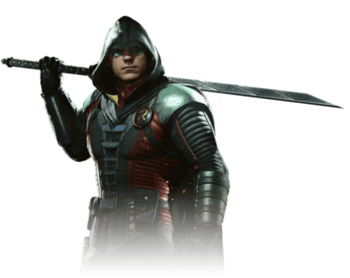 I'm your only son, old man.

Tired of his father's (in his mind) arbitrary decision not to kill, Damian Wayne took after his mother and adopted the tactics of an assassin in order to serve under a new father, Superman, and kill the worst of humanity, even if it means rotting in prison for some time.

As Robin, Damian uses his katana and explosive shurikens to cut down his opponents, with his trait allowing him to plant shurikens like mines. However, with a certain gear piece, Damian can gain a new trait that gives him Nightwing's electric staff and completely changes his attacks to match.