Comic Book / Injustice vs. Masters of the Universe 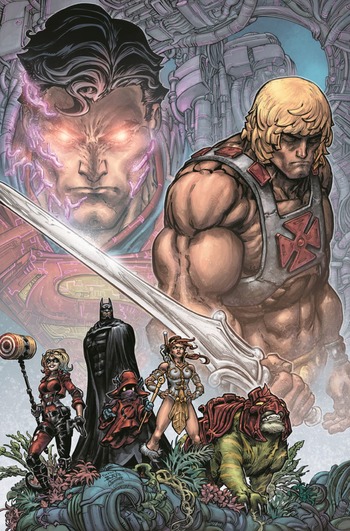 After Prince Adam freed the kingdom of Eternia from an Evil Knockoff, he and his allies are recruited by Batman's Insurgency to defeat the Fallen Hero-turned-Evil Overlord Superman.

It is more-or-less a sequel to He-Man/ThunderCats.

Injustice vs. Masters of the Universe provides the following tropes:

Alternative Title(s): Injustice Vs He Man And The Masters Of The Universe