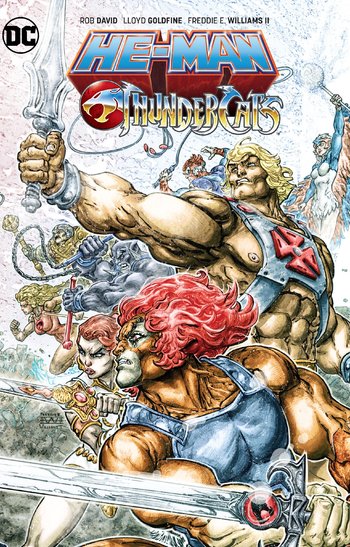 After Mumm-Ra once again fails to destroy Thundercats, the Ancient Spirits of Evil order him to go to Eternia, steal He-Man’s Sword of Power and use it to finally do the deed. However, not everything is as it seems...

There is a sequel, more-or-less, in Injustice vs. Masters of the Universe.