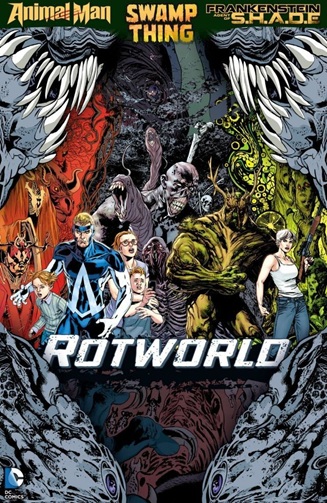 A Bat Family Crossover between Animal Man, Swamp Thing, and Frankenstein: Agent of S.H.A.D.E. that took place in the New 52 between October 2012 and May 2013. It features the efforts of the Green and the Red to stop the Rot from killing all life on Earth.