The Runaway Guys is a collaboration between Chuggaaconroy, ProtonJon, and NintendoCapriSun. They Let's Play games together, and have had special guests for many of their projects. There are many tropes about them, now the player-specific Tropes go here.

The first of the main three Runaway Guys, Chugga is usually the best or at least better players of whatever game the group is playing. He is the loudest and most energetic of the three main guys. He also tries to annoy ProtonJon as much as possible and allow for situations where the viewers can laugh at the group's collective suffering. In the Mario Parties (up to Mario Party 4), he played Donkey Kong. In Mario Party 5, he switched to Daisy. In Mario Party 7, he switched again to Toad. In Super Smash Bros, he played Ness. In Mario Kart 64, he played Wario. In the New Super Mario Bros. series, he played Mario, but switched to Yellow Toad in New Super Luigi U. In Kirby's Return to Dreamland, he played Kirby. In Fortune Street, he played Bowser Jr. for the first three boards, then switched back to Donkey Kong starting from Slimenia. In the Tournament Arc of Super Smash Bros. Brawl, he played Lucas. In Mario Power Tennis, he played Bowser Jr. In Mario Kart: Double Dash, he played Toad on Team Streetpassers with Masae Anela. In the Rayman series, he played Rayman. In Castle Crashers, he played Red Knight. In The Legend of Zelda: Four Swords Adventures, he played Red Link. In Secret of Mana he played the Boy note Randi. In 100% Orange Juice!, initially he played as QP, but later switched to Sumika.

The second of the main three Runaway Guys, NintendoCapriSun (also just "NCS" or "Tim") is the quietest and nicest of the three. This usually means Chugga and Jon will beat him, though he's not by any means bad at games. In the Mario Parties, Mario Kart 64 and Fortune Street, he played Yoshi. In the New Super Mario Bros.series, he played Luigi. In Kirby's Return to Dream Land, he played King Dedede. In Super Smash Bros, he initially played Yoshi in his match against Chugga, then switched to Fox for the remainder of the video. In the Tournament Arc of Super Smash Bros Brawl, he played Diddy Kong. In Mario Power Tennis, he played Yoshi. In thr Rayman series, he played a Teensie. In Castle Crashers, he played Green Knight. In The Legend of Zelda: Four Swords Adventures, he played Green Link. In Secret of Mana he played the Sprite note Popoi. In 100% Orange Juice!, he plays as Suguri.

The Guys' first official female guest, and second guest in a main project overall (LittleBigPlanet). Like JoshJepson, she eventually returned for the game's sequel. She also played as Ganondorf in Super Smash Bros. Brawl, Peach in Mario Power Tennis, Jigglypuff in Super Smash Bros. 64, Daisy in Fortune Street, Koopa in Mario Kart: Double Dash (on Team PressBallsToContinue with Dodger), and was a participant in the "Super Smash Bros. Wii U" tournament. She also usually helps them with their Thrown Controller panel, usually being the one to pick the contestants.

She finally became the fourth main guest joining the guys on their LP of Super Mario 3D World playing as Peach. Before that she made multiple appearances on the channel when she played Koopa in MKDD, on Team Streetpassers with Chuggaaconroy, appeared as guest in Burnout Revenge, played Carver in Fortune Street: Mt. Magmageddon, and was a participant in the Bomberman and Super Smash Bros. Wii U tournaments. She also was also with the guys during the third and fourth streams they did on Twitch and regularly assists them for their Thrown Controllers panel.

Debuted in the Mario Tennis Tournament

Tyler Sederwall (Formerly Attacking Tucans) (Played Link in SSB and was a participant in the "Super Smash Bros. Wii U" tournament)

Mal ( Mal played Pikachu in SBB and Toadette/Paratroopa on Team Stephenplays alongside Stephen and both were participants in the "Super Smash Bros. Wii U" tournament)

Debuted in the Bomberman Tournament

Brutalmoose (Participant in the "Bomberman" tournament)

Debuted in the Super Smash Bros Wii U Tournament

Yoshiller 2 (Participant in the "Super Smash Bros. Wii U" tournament)

JonTron (Participant in the "Super Smash Bros. Wii U" tournament)

PKSparkxx (Participant in the "Super Smash Bros. Wii U" tournament)

Cobanermani 456 (Participant in the "Super Smash Bros. Wii U" tournament)

Some Call Me Johnny (Participant in the "Super Smash Bros. Wii U" tournament)

Adriana Figueroa
Known as "Adrisaurus" on YouTube, Adriana is a singer who appears on TRG Colosseum as a musical guest. She and Jules also act as prize givers for Thrown Controllers, and have appeared as the opening act for Thrown Controllers Live!.
FamilyJules
Jules Conroy is an electric guitarist who covers video game songs on YouTube. He appears on TRG Colosseum as both a musical guest and the host of the "Werewolf" segment. As mentioned above, he usually gives out prizes during Thrown Controllers alongside Adriana.
ToxicxEternity
ToxicxEternity (real name Jack Fliegler) is a guitarist who frequently does heavy metal covers of video game songs on his YouTube channel. He made his TRG debut in Colosseum 2018, and had appeared in every Colosseum since to perform alongside his fellow musical guests.
LORD DONA'TOR and The Lamp 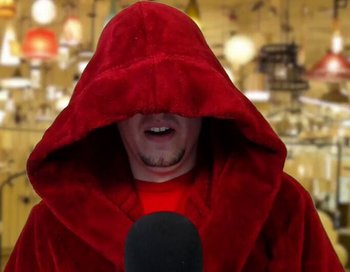 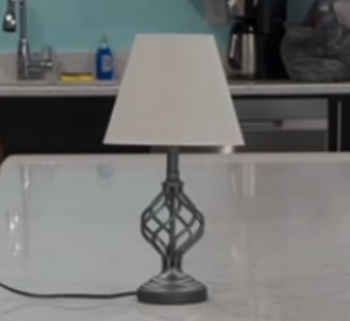 Two 'characters' who appeared and stole the show in the Runaway Guys Colosseum charity stream in May 2018. The dreaded LORD DONA'TOR is a hooded fiend who "was first conceived after Tom Fawkes put on a bathrobe". His twisted goal is to kidnap the Lamp, a Companion Cube who rose to fame after capturing the hearts of the Twitch chat.
The8BitDrummer
Jerod "8-Bit" Collins is a Twitch streamer who specializes in performing live, high-energy drum covers of miscellaneous video game songs (and the occasional meme song). He first debuted in Colosseum 2019 after being invited on by Jack and Jules.
insaneintherain
Known on YouTube for his multi-instrumental music covers, Carlos Eiene first appeared in Colosseum 2019 as a musical guest. He's known for specializing in multiple instruments, most notably the saxophone and piano.
Sab Irene
A good friend of Carlos, Sab is a multi-instrumentalist and singer who first appeared alongside the former in Colosseum 2019. Outside of TRG, she frequently collaborates with Carlos, Adriana, and Jules.
Marriland
Creator of the Pokémon fansite marriland.com

, Devin is usually in charge of the Pokémon-related segments for Colosseum. He's appeared in every charity stream since 2018, but is Put on a Bus for the 2021 Colosseum.
MotionDan
The main editor of TRG and a frequent Colosseum participant. Outside of TRG, he's also the editor for Emile, Tom and Stephen, the producer of Podcast/Disc Only, and a frequent participant in StephenPlays and StephenVlog.
SuperMCGamer
The Senior Broadcast Producer for Direct Relief, and the founder of Colosseum. He keeps the ship running during events while occasionally participating in events himself. He's also founder of Zeldathon and frequently streams on Twitch.
RosaJon 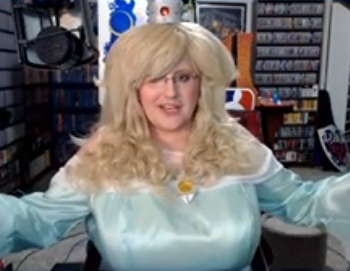 Making her live-action debut in Colosseum 2021, RosaJon is a mysterious spacefaring woman who bears a striking resemblance to Jon and Rosalina, except "bigger".
Light-Gold Bold Text
First appearing in 2021, Light-Gold Bold text is, as the name implies, bolded text in a light-gold color. Introduced when technical difficulties resulted in an extended break between segments, LGBT provided updates on the situation and helped keep viewers entertained while they waited for things to be fixed. An immediate hit with said viewers, LGBT continued to make appearances throughout the event, usually during breaks but occasionally within segments as well.

Tropes pertaining to other characters:

The fourth player in each board game they play, which varies on each board and game. This applies to both Mario Party and 100% Orange Juice!. 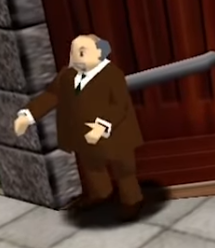 A mannequin of an old man in Sonic Adventure that Jon obsesses over.