(Could use some character description improvement) 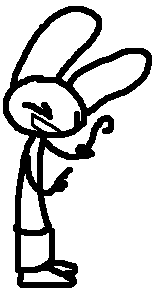 To lighten the mood, Ruby does her best pirate impersonation, complete with the voice.

My mother told me once of when
A young hare ventured from her den
And as she danced in field and glen
The world sang joy about her.
But wicked hateful things abound
And that young hare these evils found.

A female rabbit who wakes up in a box, and main character of the story. The players take control of her for the majority of the game. Develops a third eye allowing her to see a darkened view of the world, where certain things stand out. She is rather clever, somewhat agile, and able to figure out how to work computers and puzzles with relative ease. Her figure is admirably girlish and she can perform most feats an ordinary person could be reasonably expected to do. 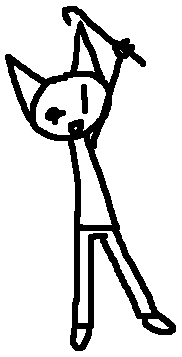 But the cat stood up and shook his head
And rising from his metal bed
He said "For now, I am not dead,
And I will not die in vain!"...

A male cat who is found in the brig, and Ruby's companion through most of the adventure. The only other character the players take control of. He is not as smart as Ruby, but is significantly stronger. Despite the horror around him, he does not always take his trials as seriously as he ought to.

Stitches in the Group Portrait, before everything went to hell

The bear cried "this is just our lot",
and surrendered to his pain.

A bear, first discovered as a monstrous and bloody mass in a closet. He chases Ruby and ends up decapitated by the Z-hatch. He gets better, although he's still horribly mutated and barely lucid at the best of times.

Daisy in the Group Portrait

The hound was still

Daisy was found in the Dummy Room, and when Ruby smashed the maintenance room's window in desperation, she attacked, becoming the first true 'boss' of Ruby Quest. She was killed by the combined efforts of acid and being thrown into an electrical panel. The last scene in Ruby Quest is Daisy waking up in a coffin, mirroring the opening. 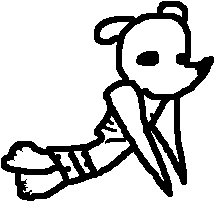 A shriveled, handless, legless, and eyeless raccoon locked in the Upper Lab B. His fleshy growths have taken over his entire room. He is delusional and rather creepy, and seems to believe that Ruby is his girlfriend Lucy. He is highly afraid of Ace. The second-to-last panel of Ruby Quest reveals that he was actually Subject #5, instead of #6 as the players believed. His blindness came from an accident. 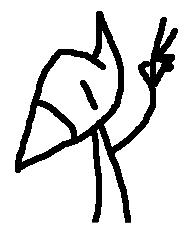 Jay in the Group Portrait

And the birds all cried

A bird stuffed in the water filtration system in cold storage, his blood contaminating all the water. Consequentially, his powers consist of being able to astrally project himself into rooms around the glen. His astral projection is seen twice by Ruby and Tom, and they meet him in person in the water filtration in Cold Storage. He asks for them to Mercy Kill him, but Ruby instead frees him, leading to him escaping the Metal Glen along with them.

A patient who was in love with Tom Nook and thought to be a pig. Tom Nook mistakes Ruby for her, but she has never actually been seen during the quest, and may have left the Glen before it was locked down.

Presumably a dog. She is only mentioned through notes, although for a while /tg/ mistook Daisy/the Hound Zombie for her. The reason she's never seen is because prior to the Metal Glen's lockdown, Filbert euthanized her to test the limits of the cure. Since she had been off the Cure for a while by that time for test purposes, she remained dead. 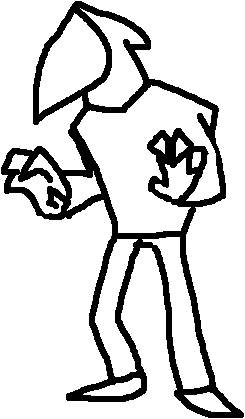 "Ace will get you! He won't listen to his orders anymore — he won't even listen to HER! But he is still obedient. I don't know who, but I know he is still listening to SOMEONE! He will GET you!"
—Filbert's warning towards Ruby, paraphrased

A massive, bird-esque creature employed at the facility as an orderly, janitor, and security guard.

The fox denied he had been caught...

Chief diagnostician and head of research. He's the second non-horribly mutated person Ruby meets at the facility. He's creepy and doesn't like questions, but he is helpful to Ruby. Before everything in the facility went to hell, he was the one who originally suggested the Cure, as well as the first person to suspect that something was up with it. Red eventually commits suicide by shoving stakes through his head, and then obliterating his remains with a makeshift bomb.

'I WATCH, I TEAR
I DEVOUR, AND BLEED
ALL THESE FALL,
AS LIQUID, TO FEED.'

"You're infected. Most everyone here has succumbed to the infection. Except for me."
"I am going to cut the bad out of both of you. Until you are as clean as I am."
Filbert before his first attack on Ruby and Tom, paraphrased.

A male squirrel and the head doctor at the facility. He's more than a little unhinged, and has become obsessed with removing the 'infection'( really the Cure) from the denizens of the Metal Glen. He believes that he is the only one not infected, and will go to drastic measures to keep it that way, such as cutting off his own hand. He persists in this belief even when he's been turned into a incoherent mass of Body Horror. 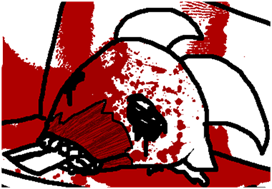 What is assumed to be Dr.S's remains
Click to see what Weaver planned to be Dr. S:note 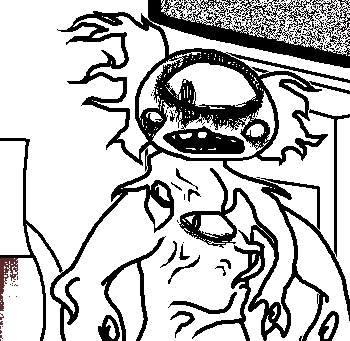 "To whatever staff member or patient fancies himself a prankster: you've had your fun. Some of us have work to do."
—From Dr's S's note

Another doctor at the facility, though not apparent through the course of the adventure. His/ her presence was confirmed by a formal notice of complaint seen by Ruby. It has been speculated that the goat head found in the cabinet belonged to him. It turned out that Weaver had something entirely different in mind for Dr. S, but didn't find a good place to put him in. 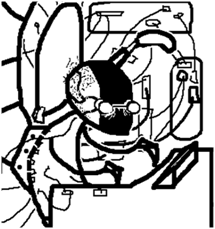 "I am not in charge here. I am merely acting on orders my superiors issued before they abandoned the facility. I simply cannot open the surface hatch for you. Those are my orders."
Bella telling Ruby and Tom why she can't let them out, paraphrased.

Bella is a mouse and the receptionist/head systems manager of the Metal Glen. She maintains the facility's lockdown, and surveys the place through monitors. 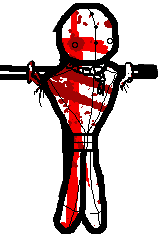 A leather-bound scarecrow/ dummy found in the same room the Hound Zombie was (which was named the Dummy Room after it). While it isn't as directly hostile as her, it is definitely creepy. It can move on a rotating pivot, and seems to turn to look at the players.

"Mr. Water will go out like the champion of neutrality he is. Judging ever eternally from under the rubble."

A water cooler found in a room that was likely the Metal Glen's cafeteria. Became memetic among Ruby Quest's players due to the position of its taps, which look an unimpressed expression. 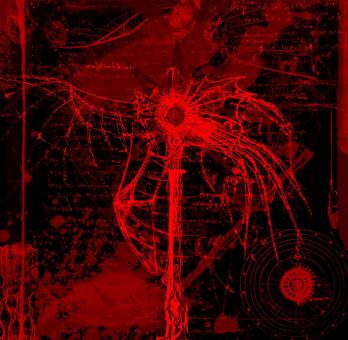 The great, ancient, unseen Eldritch Horror responsible for all the reality-bent chaos within the Metal Glen facility.

And what became of cat and hare?
Did they break free to purer air?
To guess their fate we shouldn't dare
Perhaps their tale closed well...