Either way, you're not here for Smash Fighter. No one's here for that anymore... 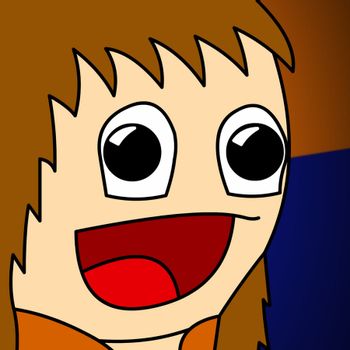 Tom's Logo, a.k.a. the "Tom Face". He has lovely eyes.
Advertisement:

He originally started his YouTube career doing a Machinima called "Smash Fighter". He later decided to stop the series and focus mainly on Let's Plays as he felt nobody does machinimas anymore. Since then he has spent some time with Chilled Chaos and members of The Derp Crew. He has also done animations for The Runaway Guys and Versus, and has gained popularity since taking part in ProtonJon's streams.

Tom joins Jon, Stephen Georg, and The 8-Bit Drummer on the Disc Only Podcast.

His Let's Plays and streams provide examples of: