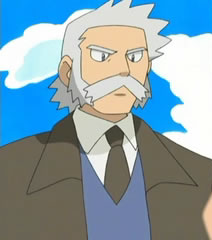 The Pokémon professor living in the Sinnoh region. After Dawn unknowingly bumped into him while trying to find his lab, he helped her start her journey as a trainer by giving her the choice of Piplup, Chimchar, or Turtwig as a starter Pokémon. Rowan exhibits the following tropes: 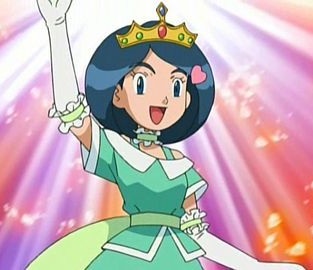 Johanna as a Pokémon coordinator champion.

Dawn's mom. It's quickly revealed that she was a world famous Pokémon coordinator contest champion when she was a trainer, and she hasn't lost any of her touch as a mother either (as Dawn is quickly proven first-hand). Her favorite Pokémon is her Glameow. 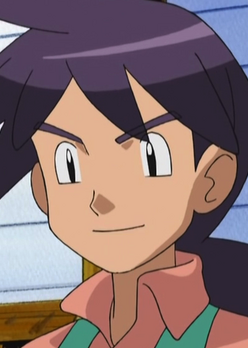 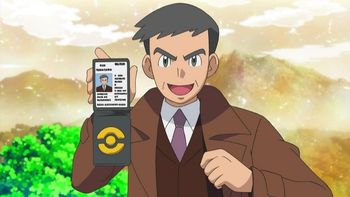 Voiced in Japanese by: Masaki Terasoma
Voiced in English by: Jason Griffith
Voiced in Latin American Spanish by: Emmanuel Bernal

A detective with the International Police who is investigating Team Galactic. He will also appear against Team Plasma in Best Wishes.

The hostess of the news channel Sinnoh Now!

In General
Paul (Shinji)
See here for more about Paul and his Pokémon.
Zoey (Nozomi) 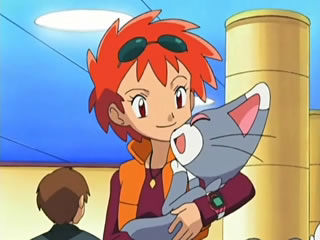 Dawn's main rival in the Sinnoh region as a Pokémon coordinator. Despite her tomboyish appearance, she gets along with everyone pretty well, though she does get angry at Ash when he first thought it would be a good idea to be both a Pokémon trainer and coordinator. She mellows out, however, after some experience with him and Nando. 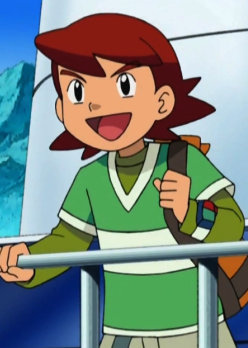 Dawn's childhood friend and another Pokémon Coordinator. He gave her the nickname of Dee-Dee/Pikari, and never lets her forget... not that she has a hard time forgetting it. 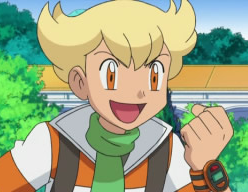 Another of Ash's rivals in the Sinnoh Region. Barry is a hyperactive trainer whose idolization of Paul regularly gets under Ash's skin, and oftens encounters Ash during his travels. They share a competitive friendship as trainers, and Barry isn't too bad as one himself. 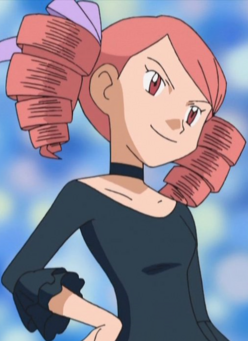 A fellow Pokémon Coordinator with a rather poisonous personality who Dawn met at the Chocovine Pokémon Contest. Believing that Dawn's Wallace Cup victory was a fluke, she's determined to knock her down a peg or two. 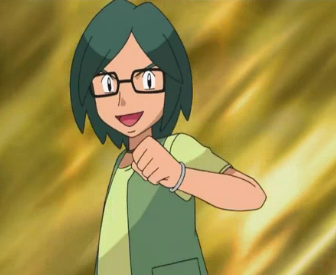 Dawn's partner in the Hearthome Tag Battle competition, who took a liking to her. He was only intended to appear for a few episodes, but unexpected popularity among the fanbase brought him back for more. 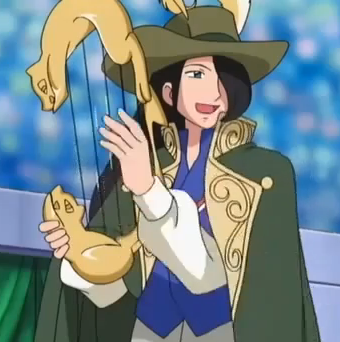 Voiced in Japanese by: Kazuya Nakai
Voiced in English by: Billy Regan
Voiced in Latin American Spanish by: José Arenas

A soft-spoken minstrel with a liking for music and Grass-type Pokémon. In his debut episode, Ash and Dawn helped him decide to participate in both Gym Battles and Contests, making him a rival for both of them. 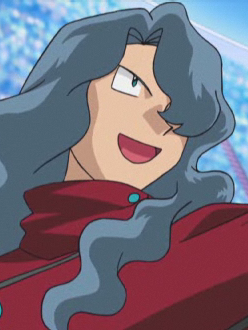 A mysterious trainer who first appears during the Sinnoh League Tournament, and one of the most formidable trainers seen in the series by far, due to his possession of extremely rare and powerful legendary Pokémon. Using only Darkrai, he has curbstomped through the Sinnoh Gym Leaders and the League Tournament. One might be tempted to think that Darkrai is his go-to Pokémon and the rest of his team is comprised of ordinary Pokémon, but only because not a single opponent is able to get past Darkrai in a match with it until Ash has a go at it with his team. When Ash actually does defeat Darkrai, Tobias reveals he has several legendaries in tow, and plan B is to call on his Latios. 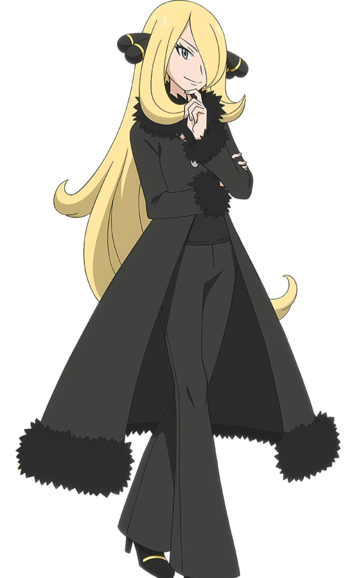 Voiced in Japanese by: Tomo Sakurai
Voiced in English by: Emily Jenness
Voiced in Latin American Spanish by: Adriana Casas

The Champion of the Sinnoh League. 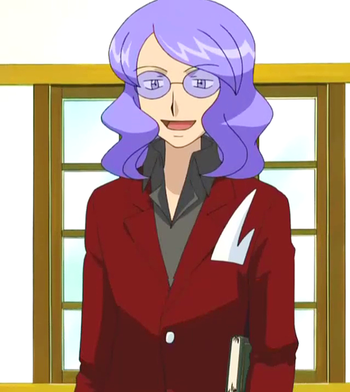 Voiced in Japanese by: Daisuke Namikawa
Voiced in English by: David Lapkin
Voiced in Latin American Spanish by: Eduardo Garza 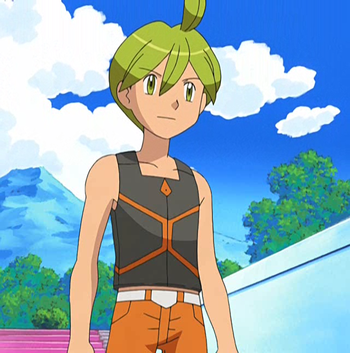 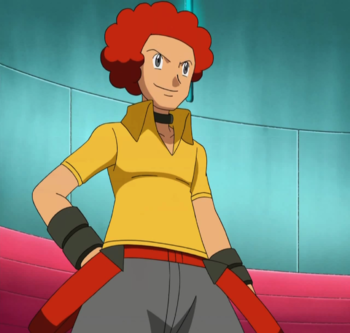 Voiced in Japanese by: Toru Nara
Voiced in English by: Tom Wayland
Voiced in Latin American Spanish by: Arturo Castañeda 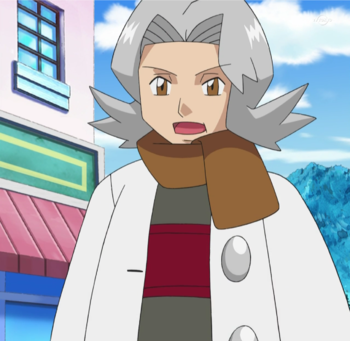