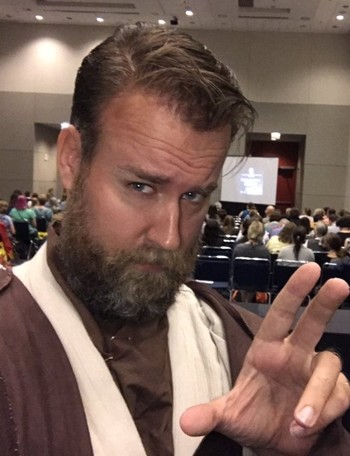 A mainstay of 4Kids Entertainment productions, Marc Thompson (born May 20, 1975 in The Bronx, New York) first made his mark on Daria, where he voiced several of its regular supporting characters. He is notable for his wide range, which allows him to play many different kinds of character types. He's also a talented mimic, and as such has been the narrator for several Star Wars audiobooks.