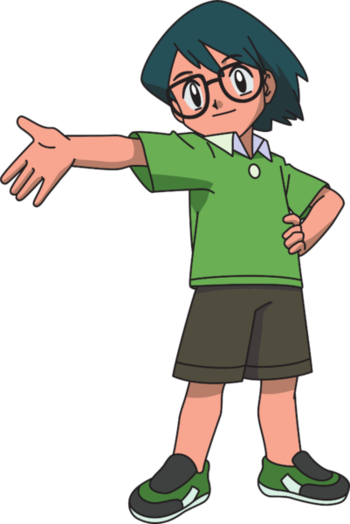 May's younger brother who travels with his sister and friends, even though he has no Pokémon of his own.

Brock (Takeshi)
One of Ash's original companions, who continued to travel with him throughout Advanced Generation. See here for more about Brock and his Pokémon.
Advertisement: 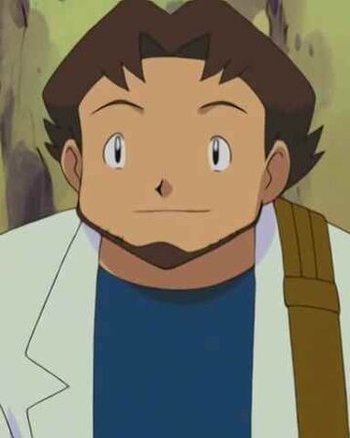 Voiced in Japanese by: Fumihiko Tachiki
Voiced in English by: Dan Green
Voiced in Latin American Spanish by: Salvador Delgado

The professor of the Hoenn region. He helped May get her start as a trainer by giving her a choice between Torchic, Mudkip, or Treecko. 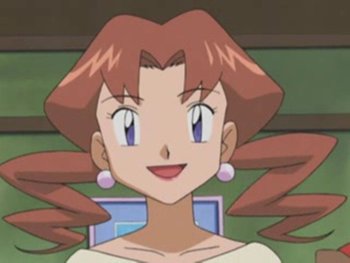 May and Max's mom and wife of gym leader Norman of the Petalburg City Gym. 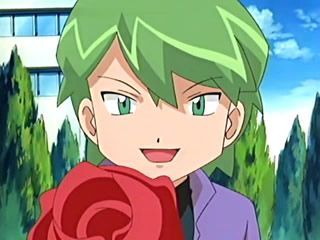 May's main rival as a Pokémon coordinator. He enjoys pushing her buttons, but gradually drops the Jerkass facade and becomes much more respectful over time. He never lets anyone forget that they are rivals first and friends second. 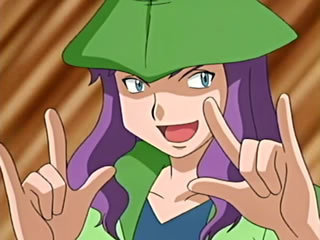 May's other rival, though she doesn't consider him to be one at first. Harley decided to go after May simply because during his introduction, he offered May one of his home made cookies. May was in a rather indifferent mood that day, and she thought they were OK. They weren't bad, just OK. Harley never let that go. 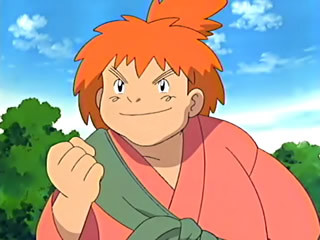 Voiced in Japanese by: Masako Nozawa
Voiced in English by: Sean Schemmel
Voiced in Latin American Spanish by: Noé Velásquez

An exuberant trainer who dresses much like a samurai, he meets Ash during the three-months leading up to the Ever Grande Conference, and they strike up a highly competitive friendly rivalry, which only builds up as the tournament itself does. While Ash did not have a rival for the majority of the Hoenn Saga, Morrison is essentially the closest to The Rival that he has for the Ever Grande Conference arc. 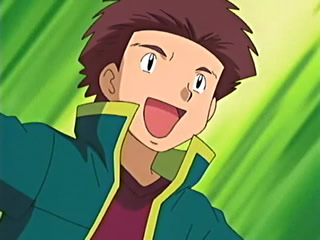 Voiced in Japanese by: Kenji Nojima
Voiced in English by: Marc Diraison
Voiced in Latin American Spanish by: Gabriel Ortiz

Ash's second rival, appearing in the lead-up episode to the Ever Grande Conference. He became the first rival of Ash's to win a tournament by winning the Conference. 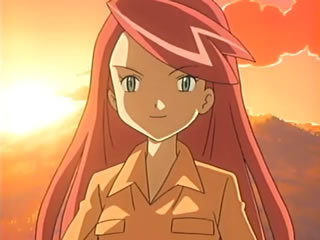 Voiced in Japanese by: Rie Tanaka
Voiced in English by: Sarah Natochenny
Voiced in Latin American Spanish by: Cristina Hernández

One of Drew's friends and an extremely skilled coordinator. She knows Brock from when she was at Pewter City and seems to know Harley as well. She serves as both a rival and a mentor to Drew and May.