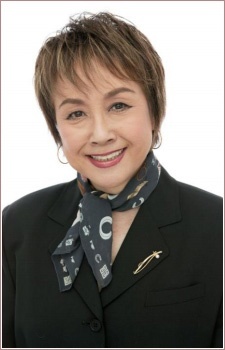 Kazuko Sugiyama (杉山 佳寿子), née Kazuko Shibukawa (渋川佳寿子) is a voice actress who was born in Nagoya on April 9, 1947 and works for Aoni Production, according to The Other Wiki. Mrs. Sugiyama actually was one of the first well-known female seiyuus, kinda an antecessor of people like Megumi Hayashibara or Kotono Mitsuishi since she voiced many, many young heroines (and a few young boys too). And even more... despite being in her 70's, she's still active. Only now she voices older ladies. Wow.

Not related to Noriaki Sugiyama.