The protagonists and rivals of Pokémon Diamond and Pearl. 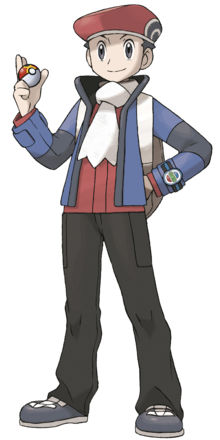 The male main character for Pokémon Diamond and Pearl. Lucas is a boy from Twinleaf Town who is just old enough to start his Pokémon journey. After viewing a documentary on a red Gyarados, he and his rather impatient friend Barry decide to explore the nearby Lake Verity to see if any special Pokémon can be found there. Along the way, they encounter Professor Rowan and his assistant (The player character you didn't chose). Once they get to the lake, all they can find there is a lone briefcase, opening the briefcase reveals three Pokéballs, each with starter Pokémon. Suddenly, Pokémon start to attack the pair of friends! You'll need to choose carefully which Pokémon you decide to use...

In the Adventures manga he's Diamond. 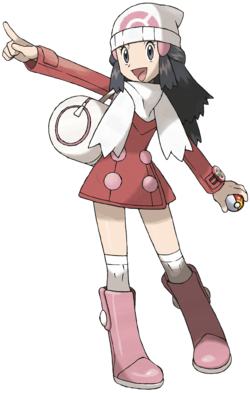 The female main character for Pokémon Diamond and Pearl. Dawn essentially has the same backstory as Lucas does if you choose her as the player character. As an NPC, she is an assistant to Professor Rowan and lives in the nearby Sandgem Town. She demonstrates how to catch a Pokémon to you and helps you out when Team Galactic makes their move.

Her most prominent incarnation is Dawn from the Pokémon anime, who aspires to be a top coordinator like her mother, but experiences a few bumps in the road. Her catchphrase may be "No need to worry", but that's probably when you should worry the most. She also corresponds to the wealthy Ice Queen Platinum in Pokémon Adventures and the villainous Mitsumi in Pokémon: Diamond and Pearl Adventure!.

Despite having the Version name Platinum in the manga, her pink motif in contrast to Lucas (or Ash's) blue, often associates her with Pearl Version. 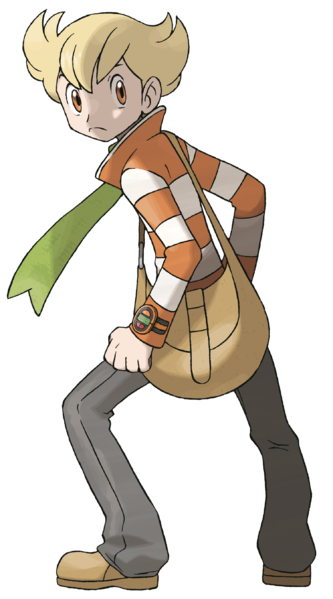 The Rival of Diamond, Pearl, and Platinum. Barry is an impatient and hyperactive young man who always seems to be in a rush. His dream is to become the Pokémon League Champion, and especially wants to achieve it as fast as possible. However, his genuine talent at raising Pokémon is offset by his haste and lack of patience, and his preference for brute force over strategy.

Outside of the Adventures manga where he's named Pearl, he's generally not associated with a particular Version.