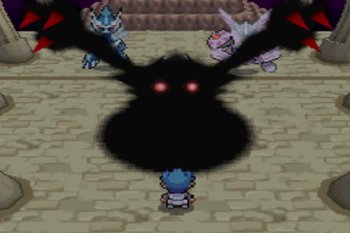 From the pits of darkness, Giratina awakens. And he's not happy.