This is the character page exclusively for the original cartoon. For characters exclusive to the 2022 film and the Animated Actors of the cartoon, go to this page. 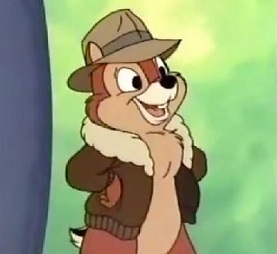 The leader of the Rescue Rangers. 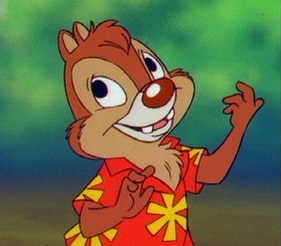 Co-founder of the Rescue Rangers. 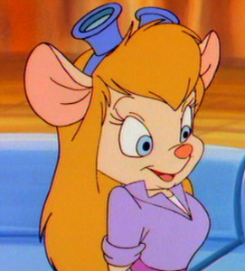 A young female mouse and the team's pilot, mechanic and inventor. 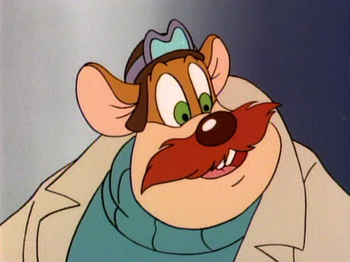 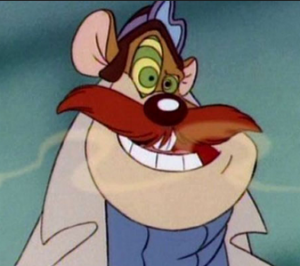 An adventure-loving, red-haired and luxuriantly moustachioed Australian mouse who spent years traveling the world before a chance meeting with Chip and Dale during their first case.

A tiny bluish-green housefly and a long time friend and sidekick of Monterey Jack.

A crime lord who faked his death and returns to exact a dastardly plan to rob the city’s gold reserve while kidnapping his rival Detective Donald Drake. 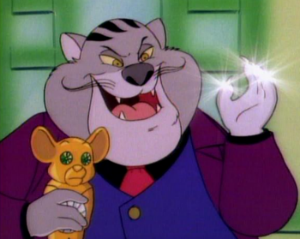 A fat, felonious, grey tabby cat and one of the Rescue Rangers' most frequent antagonists. 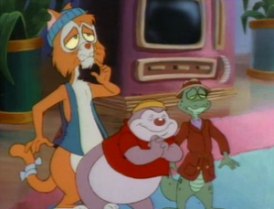 Fat Cat's gang of dim-witted mooks that aid him in his schemes. 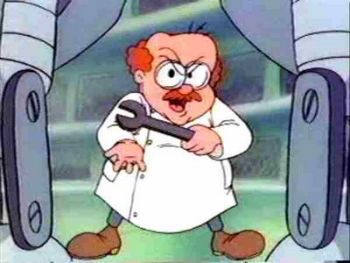 The Rangers' other major enemy and a mad scientist who once worked for Aldrin Klordane. Unlike every other human in the show, he's definitely aware of the Rescue Rangers and their constant interference.

A rat crime boss styled after the gangsters of The Roaring '20s. His gang includes mouse strongman Arnold Mousenegger, and a lizard named Sugar Ray Lizard.

A stocky man who serves as the sergeant at the Rangers' local police station.

A pair of police officers who report to Sergeant Spinelli.

Other characters who have appeared multiple times across the animated or comics series. 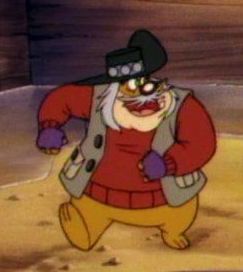 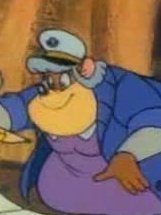 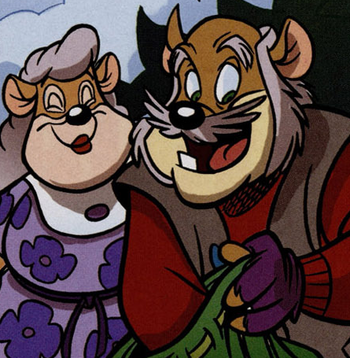 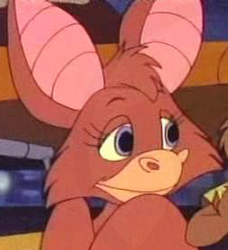 A pink bat who starts off as an assistant to an evil amateur witch named Winifred alongside a crotchety snake named Bud and a dim-witted spider named Lou. A One-Shot Character in the cartoon, Foxglove becomes a recurring character, and ostensibly a Sixth Ranger, in the Boom! comics series.

The Pi-Rats
A crew of rodent pirates who alternately befriend and come into conflict with the Rangers.
Tammy 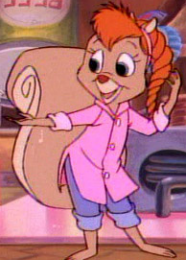 A fan of the Rescue Rangers, especially for Chip. She later becomes a nurse in the Boom! continuation.

Characters who appeared only once in the animated series 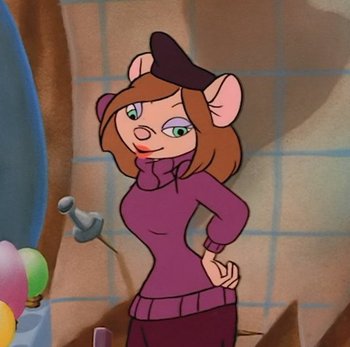 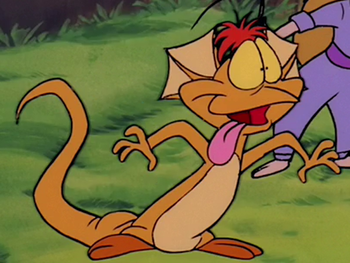 Dtz in his normal form 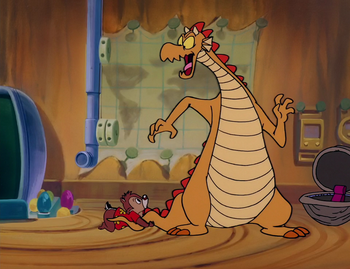 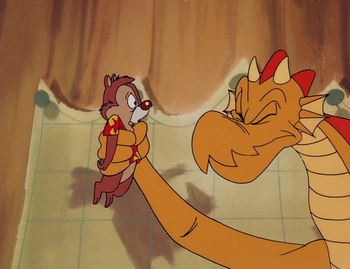 A Shapeshifting Alien who gets into Mischief. 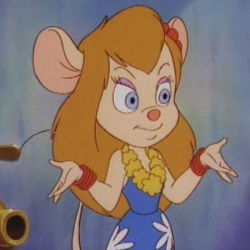 A nefarious Hawaiian mouse who looks exactly like Gadget. She's due to become queen of her tribe, but must complete three difficult — and dangerous — challenges to do so. 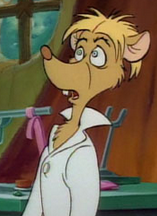 The star of a popular television show who plays a crime-fighting supehero dog. He is eventually framed by a jealous Fat Cat, forcing the Rangers to help prove his innocence.

Characters who appeared only in the Boom! Comics continuation. 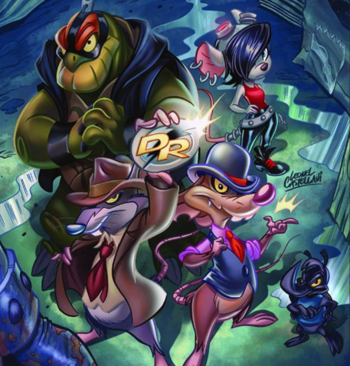 A band of Evil Counterparts to the Rescue Rangers, led by a mouse named Glitch. 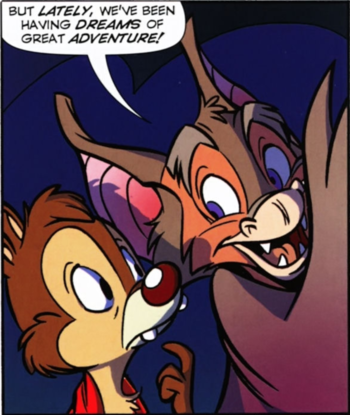 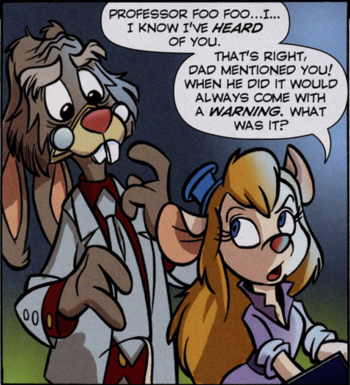 A rabbit inventor who was once an associate of Gadget's father, and helped develop the ARS.