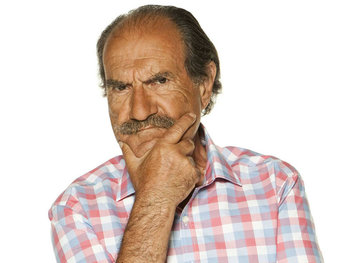 He is famous for his raspy voice and his trademark mustache. He has lent his voice to characters such as Gomez Addams, Papa Smurf (in all versions to date, the 1980s cartoon and the French dub of the recent movies included), Gonzo and Waldorf in The Muppet Show, Luke the muskrat in The Rescuers, Gollum and Grima Wormtongue in The Lord of the Rings (1978), Skeletor in He-Man and the Masters of the Universe, Moriarty in Sherlock Hound, Tito in Oliver & Company, Drake Mallard/Darkwing Duck in Darkwing Duck, D'Artagnan in Albert the Fifth Musketeer and "Cookie" Farnsworth in Atlantis: The Lost Empire. Acting-wise, he's appeared in some films such as A Crime in Paradise.

He has also dubbed countless supporting roles, including many westerns. Among the best known of these are the photographer (Dennis Hopper) in Apocalypse Now, Caporal Schnurrbart (Fred Stillkrauth) in Cross of Iron and Franz Sanchez (Robert Davi) in the James Bond film Licence to Kill.