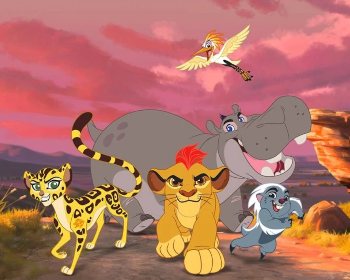 The one up top.
"I'm so glad someone on our team can fly!"
— Red Alert, Transformers: War for Cybertron Trilogy, "Earthrise: Episode 1"
Advertisement:

When coming up with an ensemble, it can be very useful to to give them different areas of specialty. You have your strong man, your speedster, your Badass Normal, your psychic, etc. And then you have your Token Flyer.

The Token Flyer may or may not have flight as their sole super power but they are the only member of the team capable of flying unaided. Depending on how well this is executed, they can be shown as having advantages over their team mates, such as superior mobility, being able to see further by flying high or having a better way to escape. Expect this character to be very useful for situations which flight is vital.

The Token Flyer trope applies in one of three ways:

Issues can spring up if the group membership changes — if all Alice can do is fly, then Bob the Flying Brick joining can make Alice look redundant. Writers generally get around this by upgrading Alice in other areas to justify her staying on the team.

Flight can be a pretty awesome power to depict visually, especially in a fight. This can make the Token Flyer seem special. In some settings, the power of flight can be depicted as rare or unique.

In a show with a Funny Animal cast, the token flyer character will probably be a bird, bat, or flying insect, while a cast of prehistoric animals might use a pterosaur instead.

Contrast with I Believe I Can Fly where the power of flight is quite common. Not to be confused with those little one-page pamphlets.