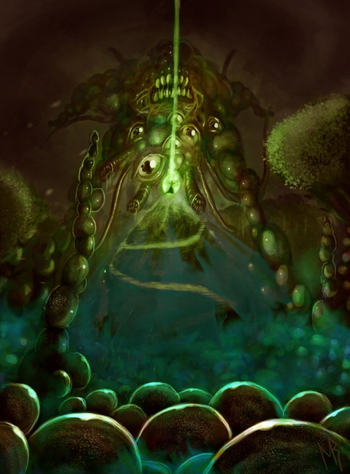 A small part of the beautifully disgusting appearance of Yog-Sothoth, visible to the pitiful human gaze.
Eldritch Abominations in Literature.

open/close all folders
Authors
#
A
B