Literature / The Book of Lost Things 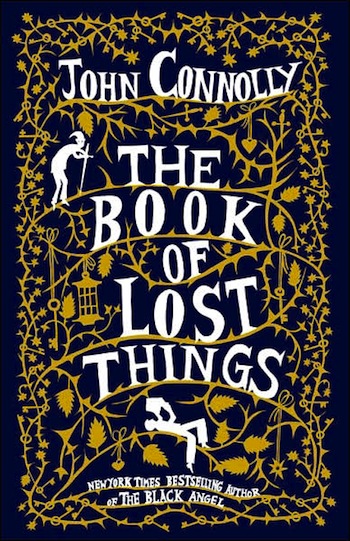 The Book of Lost Things is a 2006 novel written by John Connolly.
Advertisement:

After the death of his mother, twelve-year old David struggles to deal with his father remarrying and the birth of a new child. Feeling alone, he goes to his books for company. Soon he is propelled into a world that is both imaginary and real, a strange reflection of his own world composed of myths and stories, populated by wolves and worse-than-wolves, and ruled over by a faded king who keeps his secrets in a legendary book... The Book of Lost Things.